Red tide impacting the gulf and parts of Sarasota Bay

SIESTA KEY, Fla. - On Siesta Beach, a line of dead fish can be seen in the sand, signaling red tide is back in Sarasota County.

For the last three weeks lifeguard stands have been flying yellow flags, warning of red tide, but now dead fish are appearing.

"I think we kind of expect red tide when we come down now, not to this level," said Cindy Sarkedy, a visitor to the beach.

Sarkedy and her husband caught some Florida sunshine while getting away from the cold winter in Wisconsin, but this trip they found more than seashells at the beach. 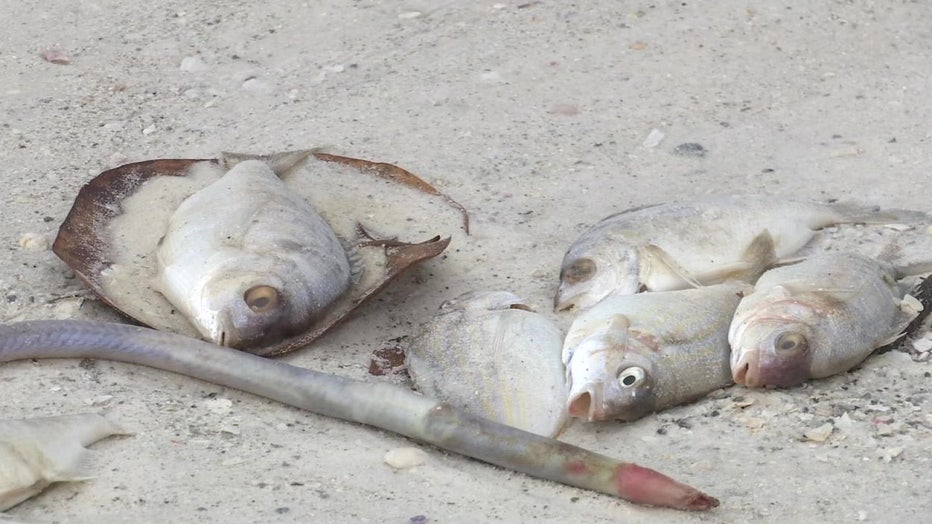 Snook, mullet and pin fish make up some of the rotting carcasses left behind. Red tide has been present in the waters for the last month.

Red tide has been detected from Collier County up to Manatee County. While it appears to be a significant red tide, scientists said it's too early to know how it will compare to the red tide that began in 2016 and lasted more than a year. 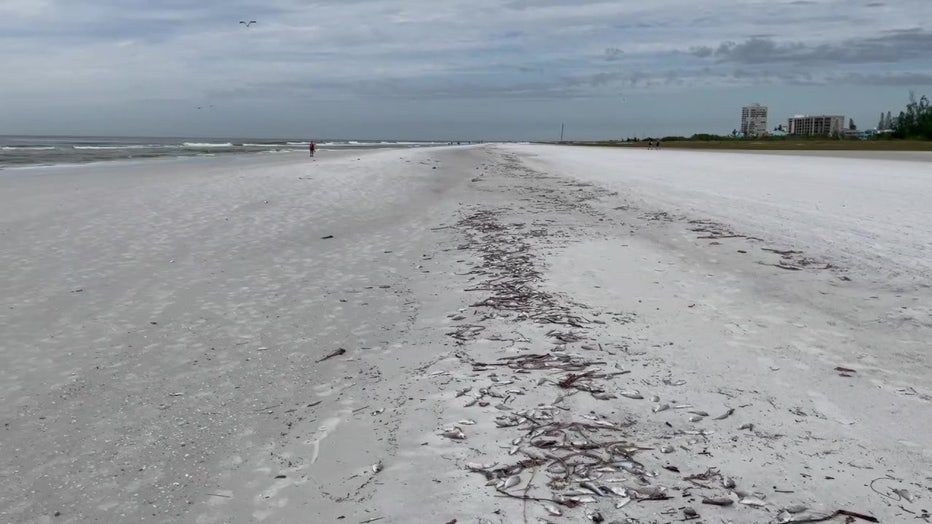 They agree upon one thing – cleaning up excess nutrients that feed red tide is important now, more than ever.

"If we had a healthier more resilient bay with water quality, this red tide wouldn’t be as bad as it is and if we can get to a place where red tides naturally occur, but they don’t get that supercharge from the nutrient run off from storm water and waste water than we will all be better off both when and when we don’t have a red tide," said Tomasko.

To view the latest satellite images of the bloom, click here.