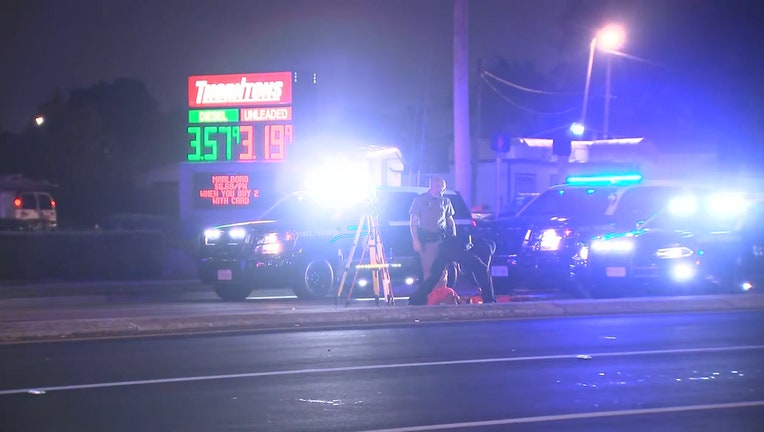 TAMPA, Fla. - A pedestrian has passed away after attempting to cross Hillsborough Avenue on Tuesday morning.

Florida Highway Patrol troopers say the crash occurred shortly after 6 a.m. They said the driver of a pickup truck was heading west in the inside lane near George Road. The pedestrian, a 49-year-old man from Orlando, was standing on the raised concrete median when he attempted to cross the westbound lanes.

Investigators say he entered the path of the pickup truck and was hit. The westbound lanes at George Road are closed for the investigation. The eastbound lanes are open, along with both directions of George Road.

There is no word yet on when lanes will reopen.