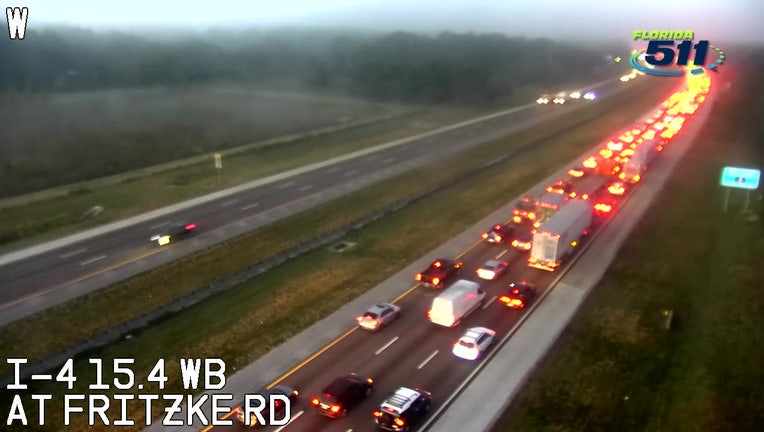 Florida troopers said the 28-year-old driver of a vehicle was speeding early Monday morning when his vehicle struck a semi. Officials said he later passed away.

The crash occurred around 4:30 a.m. on Interstate 4 near McIntosh Road. As a result, the westbound lanes were shut down for several hours during the morning rush hour. The roadway reopened before 9 a.m.

According to the Florida Highway Patrol, the Winter Haven man was traveling at a high rate of speed in the inside lane. While changing lanes, investigators said his vehicle struck the rear of the tractor-trailer.

Troopers said the driver was taken to a hospital where he passed away. He has not been publicly identified by FHP.

The driver of the semi-truck, a 48-year-old man from Lakeland, was uninjured.