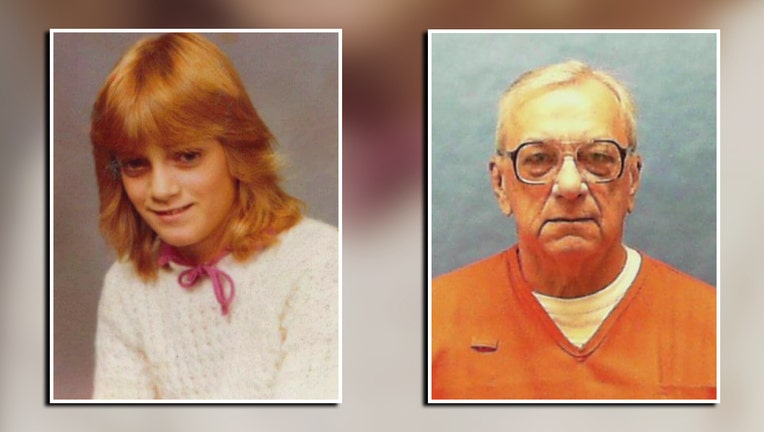 INDIAN ROCKS BEACH, Fla. - The governor of Florida may decide whether the state will execute a man who was sentenced to die for the murder of a teen girl – but another inmate has since confessed to the crime.

The stay of execution for James Dailey expires Monday. Governor Ron DeSantis is expected to decide whether to grant him a new clemency hearing, or uphold his death sentence.

Dailey’s attorney, Joshua Dubin, filed for his client's death sentence to be overturned because of new evidence provided by the co-defendant in the Boggio murder case, Jack Pearcy.

Pearcy penned a letter confessing to the gruesome crime, noting that he committed the crime alone.

The declaration says, "James Dailey had nothing to do with the murder of Shelly Boggio. I committed the crime alone."

Dubin submitted the evidence as grounds to the execution overturned and is demanding clemency from the governor, who had signed a death warrant for Dailey to be executed on Nov. 7. A federal judge issued a stay until Dec. 30 to give attorneys an opportunity to file appeals.

Documents say the Dec. 18 statement is the fifth time Pearcy has confessed to killing Boggio. Along with telling fellow inmates over the years, he also signed an affidavit in 2017, but declined to testify then. Now, Dailey's lawyer says he will.

"Had a jury known that Jack Pearcy has confessed continually," Dubin told FOX 13, "a jury would more than likely acquit James Dailey."

Boggio's family doesn't believe it, saying Dailey was seen that night with wet clothes, returning home around the time Boggio died. They point to the original testimony from informants, who said Dailey made it clear: he did it.

Dailey's lawyer told the court newer testimony refuted both the reasons for the wet clothes and the time Dailey returned home.