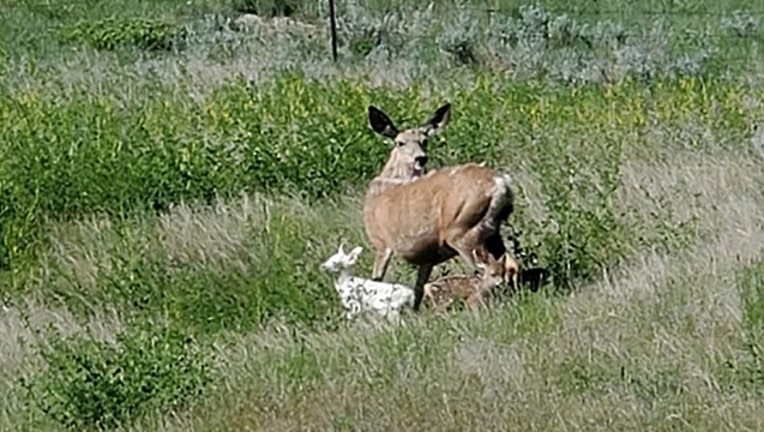 MILES CITY, Mont. (FOX 13) - Wildlife officials in Montana shared a photo of a deer that had given birth to an albino fawn in a "rare batch of triplets."

Montana Fish, Wildlife and Parks posted the picture Wednesday taken by Tracy Baker, showing the doe with her new babies in a large grassy area.

"Only two fawns are visible in this picture, but in the span of a few minutes, the doe had a third fawn, making for a rare batch of triplets. Nature is pretty wild!" the state agency wrote.

They also urged anyone who spots a deer and their offspring to give them space.

"Does often stash a fawn while they feed and rarely abandon their young," MFWP said. "The animals' best chance of surviving and thriving is in nature, with humans at a safe distance!"

It's rare to see an albino deer: while some biologists say only 1 in 100,000 deer is born albino, naturalist and author John Bates told USA Today they are born once in approximately 20,000 births.