TAMPA, Fla. - Barron Marion was only 17 years old when he was charged with murder. Now he’s 20 and about to take a plea deal that will send him away for years.

In the virtual court hearing Friday, he appeared nervous and hesitant.

"If you do not want to enter a plea today, now is the time to tell me that," Hillsborough Circuit Judge Samantha Ward told him. "Do you understand that?"

"Yes, ma'am but at the same time I'm not ready to go to trial either, but I'm ready to take the plea agreement," replied Marion.

Back in February of 2019, Marion got into an argument over a bike. Prosecutor Katherine Fand explained to the court what happened next.

"He came into contact with Earl Lester Sykes and which point Mr. Sykes indicated that bicycle had been stolen from him and belonged to him," said Fand.

Fand says Marion pulled out a gun and fired three shots at Sykes, killing him. The shooting happened right in front of witnesses near a Plant City funeral home. 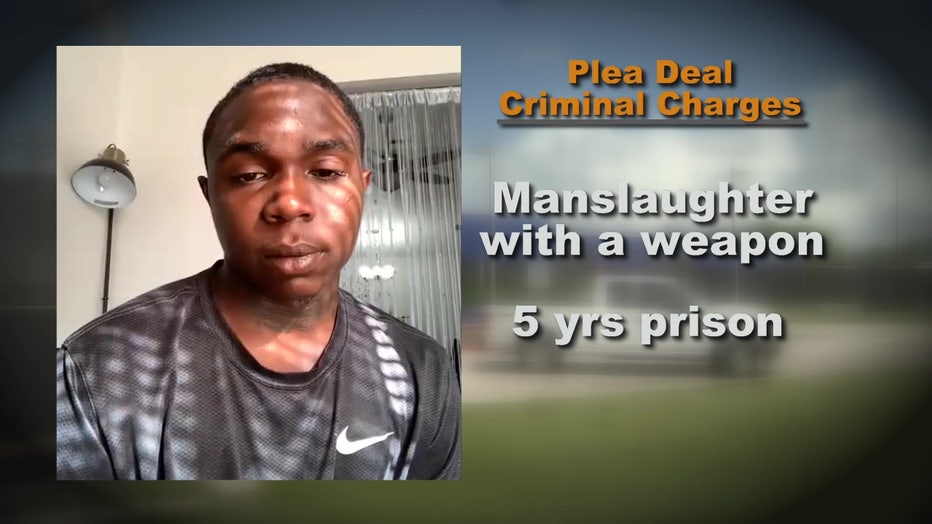 Marion was arrested and taken to a juvenile detention facility in Tampa. At first, he claimed it was self-defense but he recently lost a stand-your-ground motion.

Now Marion is taking a state offer to a reduced charge of manslaughter with a weapon in exchange for five years in prison and 10 years’ probation.

He’ll be formally sentenced in July.