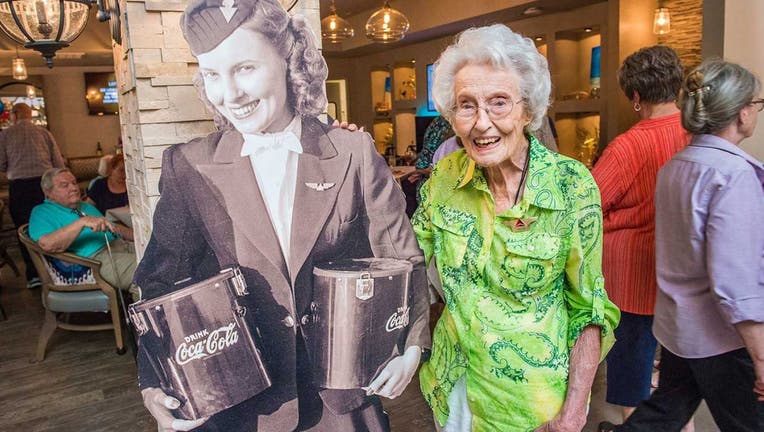 FOX NEWS - A woman who graduated from Delta Air Lines’ first-ever class of flight attendants has died at the age of 103.

Sybil Peacock Harmon was hired by Delta in 1940 at age 24, right after graduating from nursing school. Flight attendants were formerly required to have nursing degrees, according to Delta. She flew with the airline until 1943, at which point she left the carrier to contribute to the war effort, eventually earning the rank of first lieutenant, before going back to nursing full-time.

"You felt like a celebrity,” Sybil told Delta of her time as a flight attendant. “People would come out to the airport with their children and they would say, ‘Look, that’s the stewardess!’ They even asked for our autographs.” 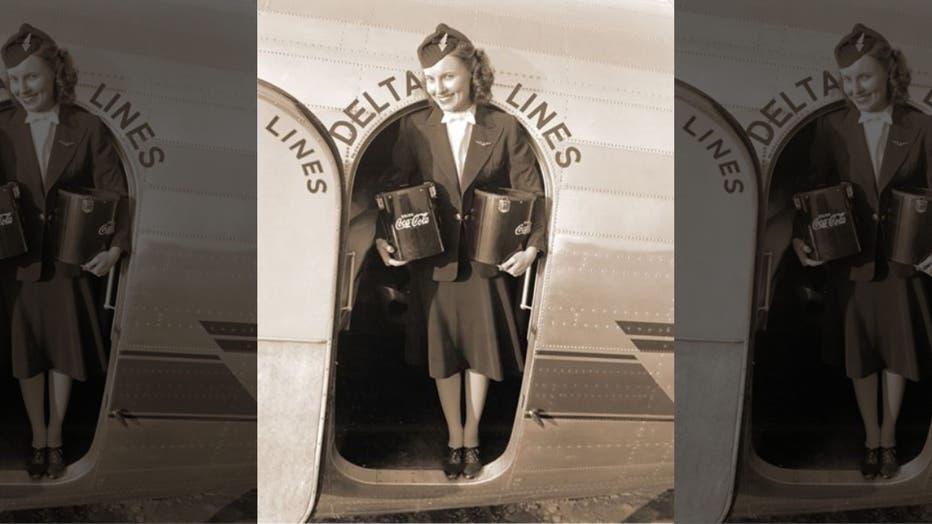 Last year, a fellow resident at Sybil's nursing home found a photo of her from 1940. “I showed it to Sybil and she said, ‘That’s me!’ She had a tear in her eye,” fellow resident Don Fries told Delta. (Delta Air Lines)

After parting ways with Delta in the ‘40s, the carrier reached back out to Sybil just before her 102nd birthday, after the discovery of an old promotional photo.

The photo, which shows Sybil standing at the door of a Delta aircraft in 1940, was brought to the attention of Sybil’s fellow retirement-home resident Don Fries, whose son found it at the Delta Flight Museum website.

“I showed it to Sybil and she said, ‘That’s me!’ She had a tear in her eye,” Fries remarked.

And at her 102nd birthday last July, which was organized by Delta and Sybil’s retirement home in Acworth, Ga., Sybil recalled her tremendous career flying as a “stewardess” for the airline, remembering such tidbits as the planes she was assigned to (usually DC-3 21-seaters) and the fact that those aircraft weren’t pressurized, requiring her to pass out chewing gum before takeoff. She also recalled that air sickness bags were just quart-sized ice cream containers that were stored under the seats, per Travel and Leisure. 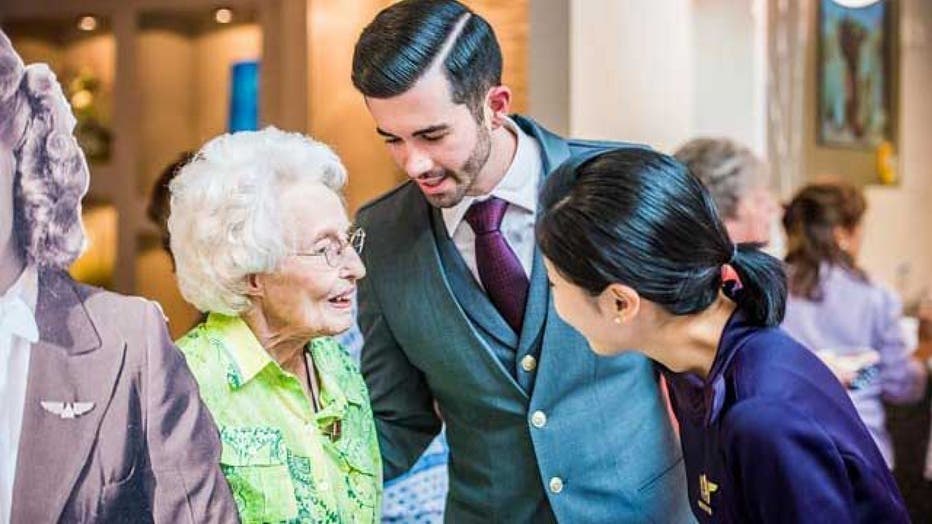 Sybil’s family, too, had a long tradition with Delta. She married an army captain who formerly worked as a reservations agent and rejoined the company after the war. And her daughter became a Delta flight attendant in 1973, working with the carrier until 2008.

“We’re saddened to learn of Sybil Peacock Harmon’s passing,” Delta said in a statement shared with Fox News. “Sybil was a beloved member of the Delta family who left her mark as a member of our first class of flight attendants. We will cherish her memory and wish her loved ones well in this difficult time.”

Sybil, though, had said she achieved some of her biggest dreams while working as a stewardess, or as an officer for the military.

“Flying was special because I was going places,” she said, per a Delta press release shared on her 102th birthday.