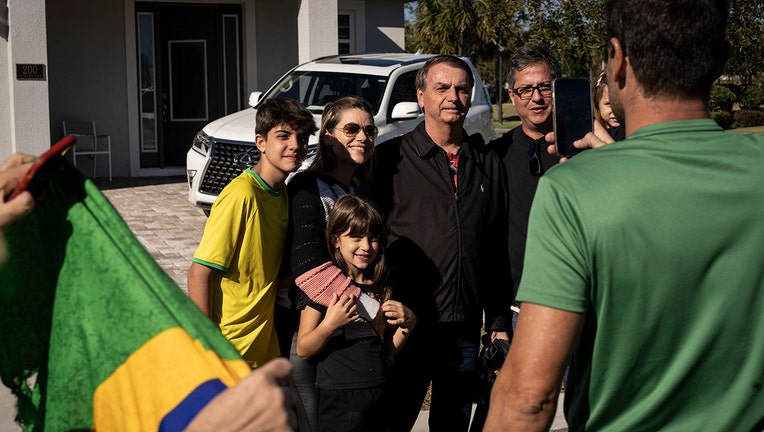 Former Brazilian president Jair Bolsonaro greets supporters outside the home where he's staying in a resort community near Disney World in Kissimmee, Fla. on Saturday, January 7, 2023. Bolsonaro recently arrived in the Sunshine State, skipping the in

ORLANDO, Fla. - A group of 46 Democratic lawmakers sent a letter to President Joe Biden on Thursday demanding former Brazilian President Jair Bolsonaro's diplomatic visa be canceled in the wake of the rampage in Brazil's capital by his supporters.

"We request that you reassess his status in the country to ascertain whether there is a legal basis for his stay and revoke any such diplomatic visa he may hold," said the letter. It continued: "The United States must not provide shelter for him, or any authoritarian who has inspired such violence against democratic institutions."

The letter was led by Reps. Joaquin Castro of Texas, Gregory Meeks of New York, Ruben Gallego of Arizona, Chuy Garcia of Illinois and Susan Wild of Pennsylvania.

It isn't certain which visa Bolsonaro used to enter the United States on Dec. 30, just before the end of his presidential term. He is staying in a home outside Orlando, Florida, and video has shown him snapping photos with supporters in the gated community and walking around inside a supermarket.

Asked about Bolsonaro's entry, State Department spokesman Ned Price declined Monday to provide specifics about the former president's visa status, citing privacy concerns. He said, however, that anyone entering the U.S. on a so-called A-1 visa reserved for sitting heads of state would have 30 days to either leave the country or adjust their status with the Department of Homeland Security upon conclusion of their term of office.

Following the Oct. 30 election, many of Bolsonaro's die-hard supporters claimed the election was fraudulent. They blocked highways nationwide and began camping outside army buildings, demanding military intervention to overturn the election and keep Bolsonaro in power. Then on Sunday, they trashed Congress, the Supreme Court and the presidential palace. 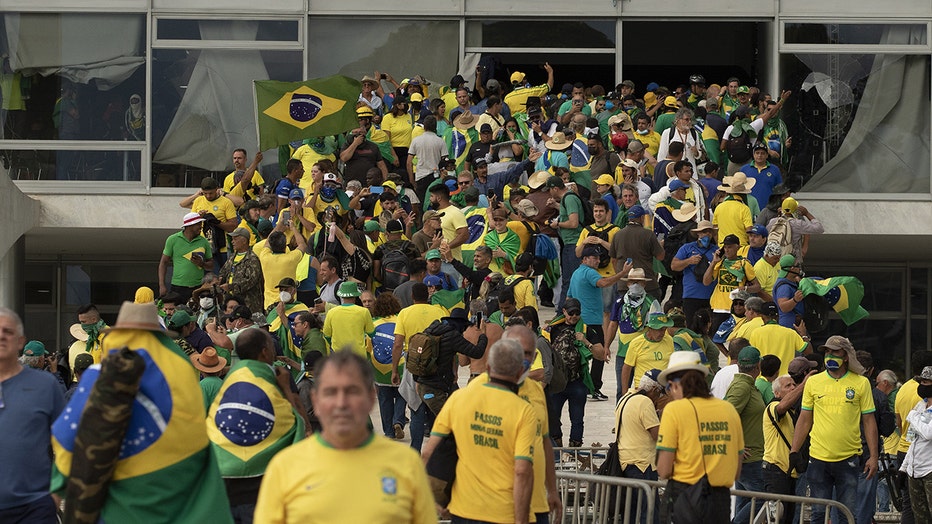 The lawmakers’ letter contends Bolsonaro is responsible for the mayhem, citing his insistent claims that electronic voting machines were susceptible to fraud and the fact he never conceded defeat nor asked supporters to respect results.

Instead, Bolsonaro and his party petitioned the electoral authority to nullify millions of votes cast on the majority of voting machines that featured a software bug. The request didn’t say how the bug might affect results, and independent experts said it would not undermine reliability in any way. The electoral authority’s president swiftly dismissed the request and imposed a multimillion-dollar fine on the party for what he called a bad-faith effort.

"The unlawful and violent attack on January 8 against Brazilian government institutions was built upon months of pre- and post-election fabrications by Mr. Bolsonaro and his allies," the lawmakers said in the letter.

In the wake of the attack, Bolsonaro said on Twitter that peaceful protests form part of democracy, but destroying public buildings crosses the line.