LAKELAND, Fla. - There has been a dramatic increase in hate speech and violence against the LGBTQ community in recent years. The organization GLAAD has counted more than 120 incidents so far this year.

One incident, involving neo-Nazis, happened over the weekend in Lakeland. Masked men dressed in Nazi gear and carrying flags demonstrated outside a charity event that included drag performers. 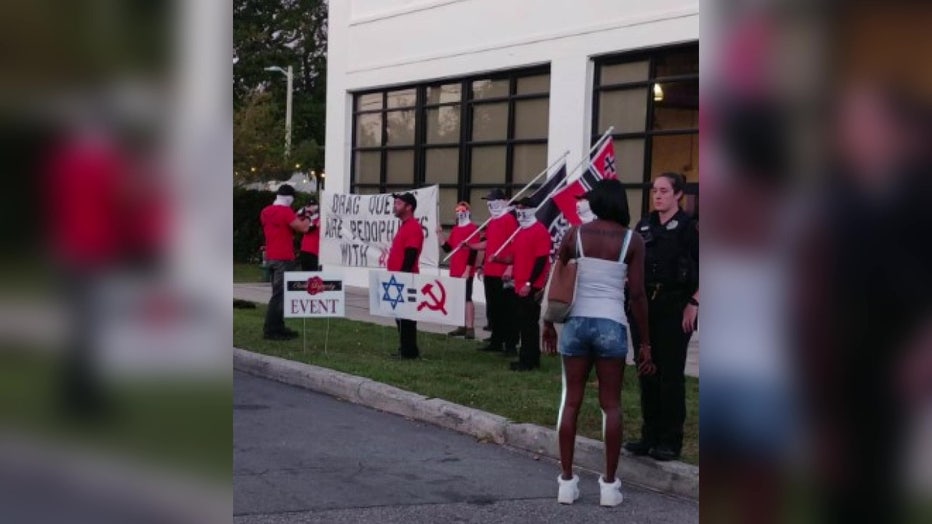 The event, "A Celebration of the Arts," took place at Art/Ifact Studios on Massachusetts Avenue in Lakeland early Saturday evening. Just as the show was about to begin, people in the building realized something was unfolding outside.

"One of our volunteers rushed in and said police officers are out there," said Jason DeShazo, who put together and performs under the drag name "Momma Ashley Rose." "There are Nazis out there protesting, and of course, my response was, ‘what!’" 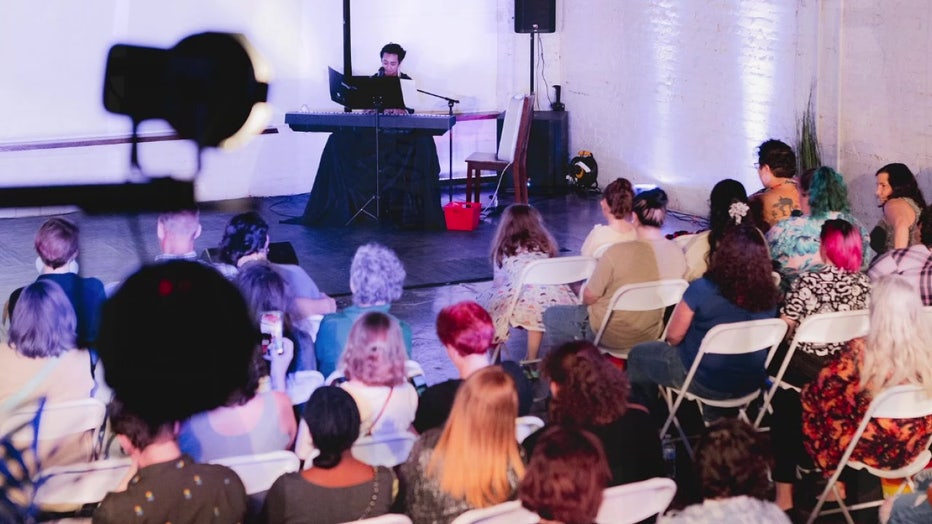 At least a dozen demonstrators held signs that said, "Drag queens are pedophiles with AIDS." They also projected "Child grooming in progress," and "Pedophilia must be punished by death," on an outside wall.

"We had musicians, singers, both gay and straight. We had one of our dancers, she is eight, and she danced beautifully. We had drag performers. So it was not a drag event. It was an art event," DeShazo told FOX 13. 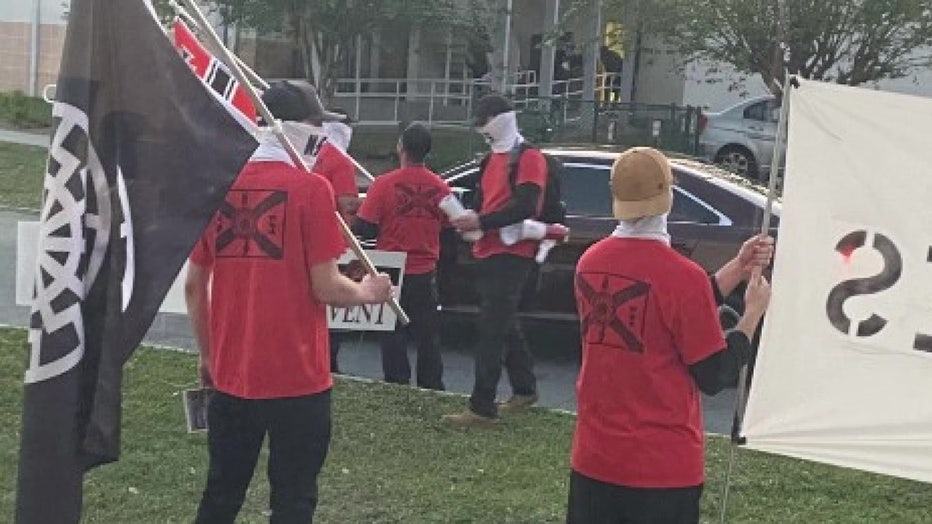 The Gay and Lesbian Alliance Against Defamation (GLAAD) said there have been at least 124 incidents nationwide aimed at disparaging the LGBTQ community.

"With current climate that we have been experiencing lately, we expected more and more protests. So for people to show up at an event like this is bound to happen," said Scott Guira of Polk Pride.

By night's end, no one was arrested, and no one was the victim of violence. 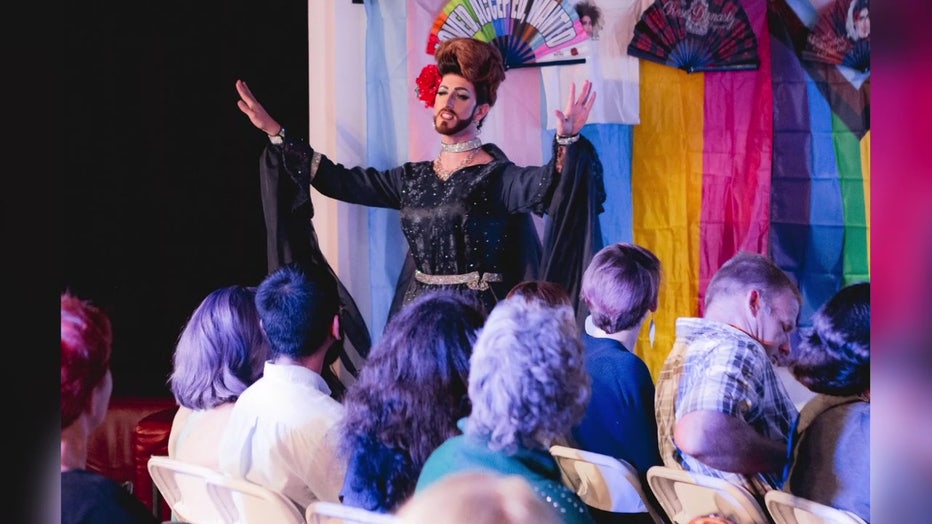 Even though the situation was disruptive and possibly a bit scary, according to DeShazo, it did not deter him or any of his supporters.

"I am not going anywhere," said DeShazo. "We’re going to continue to provide that safe space for people anyway I can."