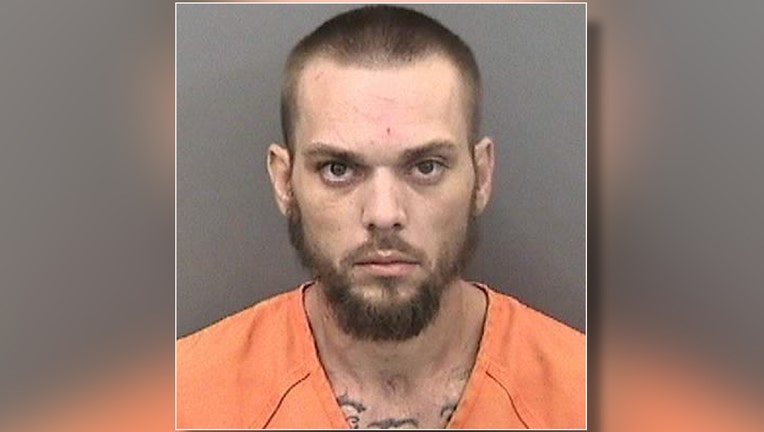 Deputies said Renner was captured on surveillance video burglarizing a pickup truck in the driveway of a home on Richey Rosa Lane in Plant City.  He stole a gun and a pair of sunglasses, deputies said.

He left the area in an older-model black pickup truck that was being driven by a woman.

Hillsborough County deputies are searching for a man caught on camera stealing a gun and firing shots at a gas station.

Approximately 15 minutes later, Renner and the woman were seen at the Marathon gas station at 12901 Highway 92 East.

Deputies said Renner went inside the bathroom of the store and fired one shot from the gun. He fired three additional shots in the parking lot. No one was injured.

According to HCSO, Renner was driving a stolen GMC Sierra truck Saturday morning when he struck the rear of another vehicle at Fletcher and Telecom Drive. He fled the scene of the crash, but was located by the HSCO's aviation and K-9 units.

"I am thankful that this dangerous individual was quickly located before he could seriously hurt someone," said Hillsborough County Sheriff Chad Chronister. "I commend our Aviation and K-9 Units, as well as our patrol units and detectives, for working together to make an arrest without incident."