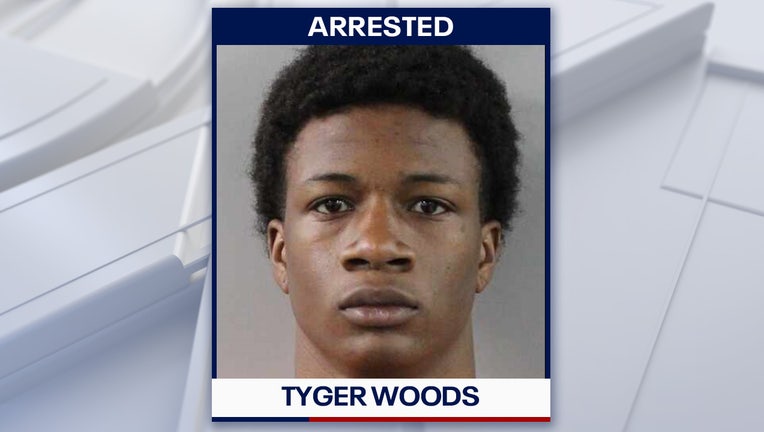 DAVENPORT, Fla. - Five young suspects were arrested by Polk County deputies after stealing a handgun from a vehicle in Davenport, according to the sheriff’s office. Their ages range from 15 to 18.

Deputies said the teens arrived in the county driving a truck that was stolen in Pinellas County. The stolen truck also had marijuana inside.

Around 2:20 p.m. Friday, dispatchers received a 911 call from a man on Aberdeen Street reporting his pickup truck was burglarized. Deputies said, according to a witness, a black Dodge Ram pulled up next to the victim’s truck, a black male exited the passenger seat and entered the victim’s truck.

After, the victim noticed his Glock 9mm handgun was missing from the center console and called 911, deputies said.

READ: Fugitive arrested in Mexico after giving fake name -- of another fugitive

A suspect vehicle description was released via BOLO. Then, deputies said they saw the Dodge Ram traveling west on Ronald Reagan Parkway and conducted a traffic stop.

Deputies said one of the suspects, a 17-year-old, exited and ran away. The driver and three other occupants remained inside the stolen truck and were taken into custody.

Deputies said 18-year-old Tyger Woods stole the gun out of the truck, but they realized the handgun was still with the 17-year-old who fled.

The fleeing teen ran into a construction zone and tried to carjack a vehicle. The carjacking victim pulled the teen out of his vehicle, deputies said, and that’s when the teen pointed the handgun at the victim.

The teen ran away and jumped a fence, deputies said, and ended up in the parking lot of a fire station. The 17-year-old was confronted by a firefighter, who heard the carjacking victim and other witnesses yelling, "He’s got a gun."

Deputies said the teen was "fumbling with something in his hoodie pocket," which led the firefighter to retreat, in fear the teen may use a weapon.

Eventually, the teen was located by a K9 unit.

"I am sick and tired of juvenile suspects being treated with kid gloves. Here are five more examples of what happens when you don't hold suspects accountable," Sheriff Grady Judd said in a statement. "During their most recent crime spree, they stole a truck, and then a gun, tried to carjack someone, and almost shot a firefighter."

All the suspects are from St. Petersburg, but it’s unclear why they ended up in Polk County.

All are facing charges of armed burglary, possession of marijuana, grand theft of a motor vehicle, and conspiracy to commit burglary.

The 17-year-old faces additional charges of violating probation, resisting arrest, and attempted carjacking. According to the sheriff’s office, his criminal history started in 2016 when he was 12 years old.

The sheriff’s office reports that Woods’ criminal history dates back to 2015 when he was 12. He faces an additional charge of grand theft of a firearm.

The other three suspects, a 15-year-old and two 16-year-olds, have previous arrests within the past year.