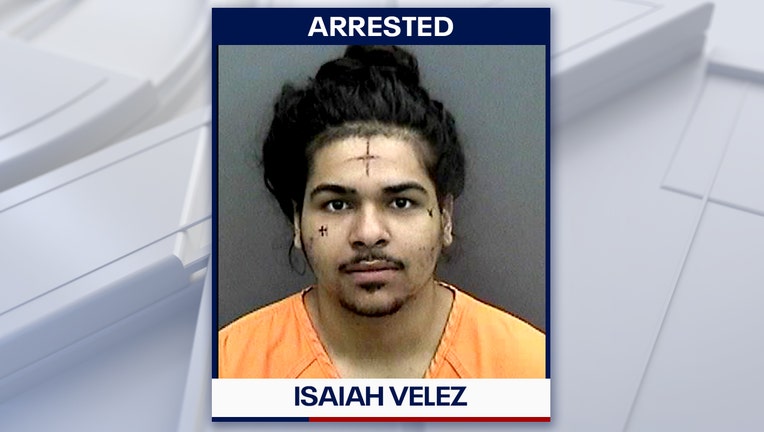 RIVERVIEW, Fla. - A 21-year-old was arrested for allegedly attacking his neighbor on Hillcrest Drive in Riverview, FL.

The Hillsborough County Sheriff's Office said the suspect also attacked deputies who responded to the scene to help the elderly victim.

It happened Monday afternoon. Someone called 911 after a man allegedly bit an elderly neighbor's ear and then tried to stab the man with broken glass.

When deputies got there, they tried to talk to 21-yea-old Isaiah Velez as he walked "undressed" along Hillcrest Drive, according to the sheriff's office.

Their efforts to de-escalate the situation were unsuccessful. Deputies said they had to deploy their Tasers when Velez began to attack.

After Hillsborough County Fire Rescue arrived and treated Velez for scratches, deputies arrested and charged him with attempted burglary of an occupied dwelling, criminal mischief, aggravated assault with a deadly weapon, resisting an officer with violence, grand theft motor vehicle, lewd and lascivious behavior, battery of a victim over 65, and four counts of battery on a law enforcement officer.