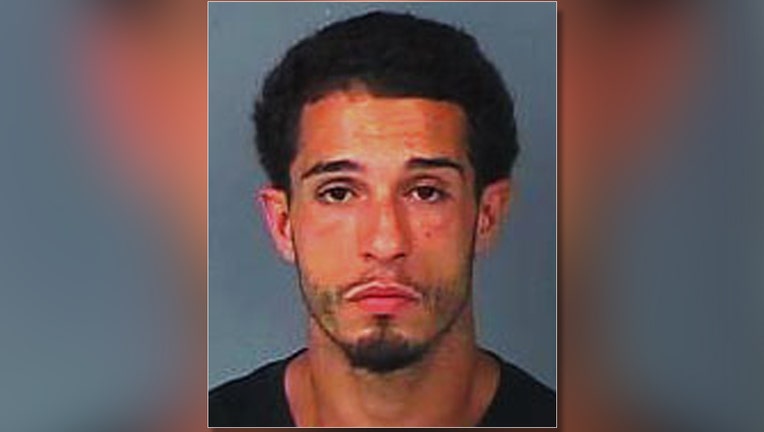 SPRING HILL, Fla. - Hernando deputies are searching for Alex Michael Alcedo in connection with a shooting that occurred Saturday morning.

According to the Hernando County Sheriff’s Office, deputies responded to a report of a shooting in the area of Usher Street in Spring Hill around 7:44 a.m. Saturday morning.

A witness told deputies they saw someone fire two shots in the direction of the victim, who was not injured.

Deputies said the suspect was identified as Alcedo and he fled in a silver Hyundai Santa Fe before law enforcement arrived.

Deputies were initially able to located Alcedo's vehicle in the area of Old California Street in Brooksville. According to deputies, Alcedo got out of the car and fled on foot.

Alcedo was last seen walking in the area of Cortez Boulevard and Fort Dade Avenue.

Anyone with information about Alcedo's whereabouts is asked to call the Hernando County Sheriff's Office at 352-754-6830.