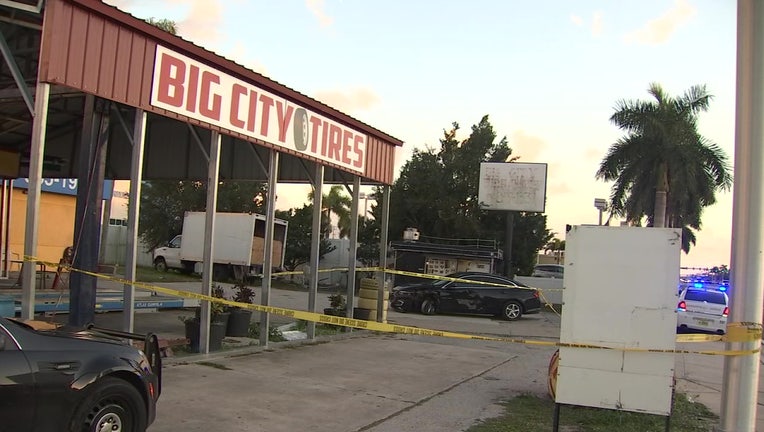 BRADENTON, Fla. - A suspected shooter is on the run, leaving a crash, an injured victim, a torched vehicle in their path. Manatee County investigators say they're following leads to try and track the suspect down.

It started just before 4 p.m. in front of Isaac's Citgo Mini Mart, on 57th Avenue West in Bradenton. The Manatee County Sheriff's Office said the victim was driving west when someone in a white Mitsubishi SUV opened fire.

The victim, a black male in his 20s, was hit by at least one bullet. He drove through the gas station's parking lot, causing a crash with another vehicle. 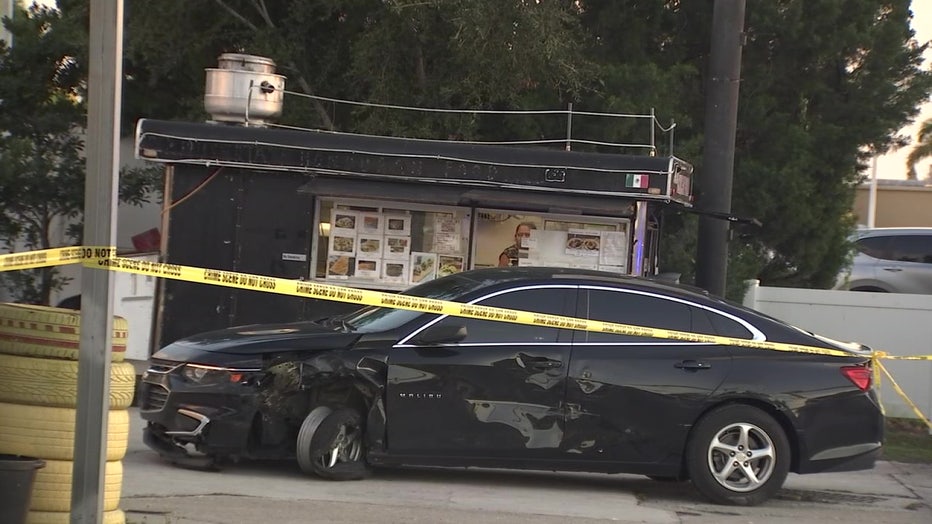 The victim drove to Big City Tires on 14th Street West. That's where deputies and EMS crews found him and took him to the hospital, where he was going into surgery Tuesday night.

Meanwhile, deputies tracked down the Mitsubishi on 20th Avenue East, which had been set on fire and burned out.

Investigators believe the suspect fled in a black Dodge Challenger, but their destination had not been determined.