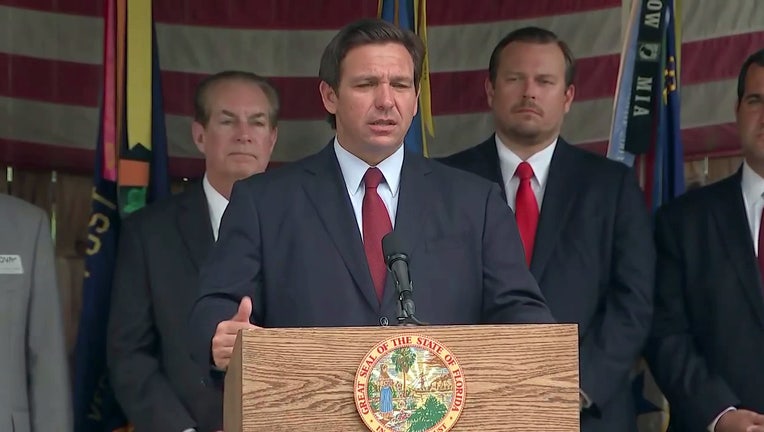 During a ceremony at the American Legion Palm Valley Post 233 in St. Johns County, DeSantis approved a bill (SB 922) aimed at expanding jobs in which post-secondary education requirements are waived for veterans and members of the military reserves and a bill (HB 429) designed to encourage schools to be more welcoming to children of military members.

"The (schools) bill recognizes that under normal circumstances, a military-connected child can expect to move six to nine times from kindergarten through their high-school graduation," DeSantis said of the "Purple Star Campus" program.

The bill will require the Department of Education to identify schools that support military-connected children.

Such schools will, in part, designate a staff "military liaison," offer programs to help military-connected students transition into the schools and offer training for staff members on issues related to military students.

Meanwhile, Sen. Danny Burgess, a Zephyrhills Republican who previously served as executive director of the Florida Department of Veterans’ Affairs, said the employment-related bill was crafted because a Navy veteran he knows couldn’t land a job due to the position’s posted educational requirements.

"He wanted to apply for and did apply for and interviewed for a position that would have allowed him to advocate for veterans, to be a peer-to-peer type position," Burgess, the bill sponsor, said. "But because he didn't have his degree, he was barred from being able to have that position. It's not that they didn't want to hire him. It was just that barrier. And so, (SB) 922 allows governments to waive that barrier when they feel like they have an otherwise perfectly qualified candidate for that job."

DeSantis also signed a bill (HB 435) that designates the Florida Department of Veterans' Affairs to carry out the Department of Defense "SkillBridge Program," which helps with job training and placement for people transitioning out of the military.