TERRA CEIA, Fla. - If you’ve driven across or around the Sunshine Skyway Bridge, you may have noticed the iconic gateway to Tampa Bay has lost its shine. Some of the newly installed LED lights have gone dark.

The Florida Department of Transporation spent $15 million from toll money to install 2,000 LEDs on the side profiles of the bridge and the columns running underneath.

See the Skyway in a colorful new light

The promise of a colorfully-lit Sunshine Skyway Bridge became a reality last year, much to the delight of photographers, boaters, and drivers around the Bay Area.

As of Tuesday, the south side lights are back on.

Kris Carson, a spokeswoman for FDOT, says the transformers are not powerful enough to handle the electrical load. The designer -- who chose the transformers -- is going to cover the cost of new ones, Carson said. 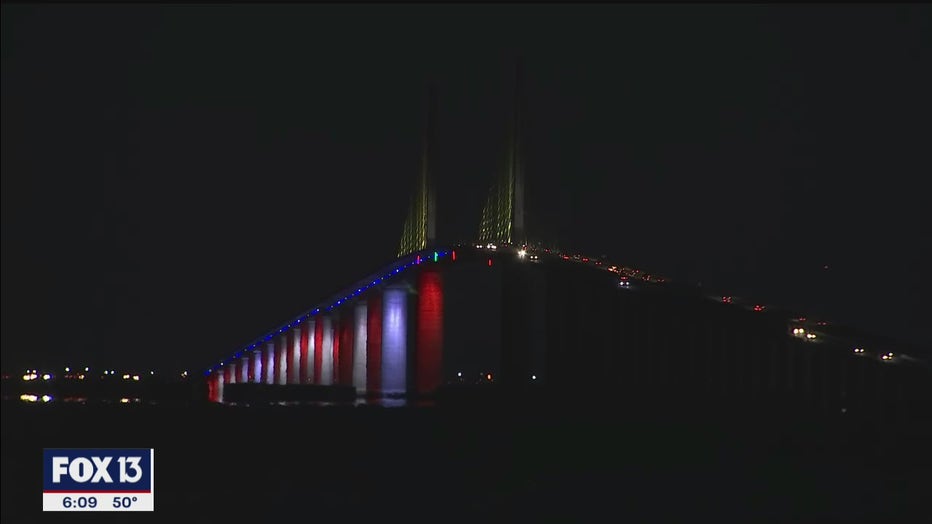 “[It] should have been detected probably during the design process and they’ve admitted they need to go back and purchase the bigger, larger transformers for it to work properly,” Carson told FOX 13.

Four new transformers have been purchased and are on the way. Carson says they will be installed by the end of 2020.