SURFSIDE, Fla. - Despite downpours and heavy lightning across most of South Florida Tuesday, search and rescue efforts continued in Surfside, six days after a waterside condominium partially collapsed in the middle of the night.

Two bodies were found on Monday and another on Tuesday, raising the death toll to 12 and dropping the number of those still missing to 149. Officials haven’t shifted the efforts to a recovery mission yet, but they admit the window of survivability is shrinking.

Some, like Alfredo Lopez, who lived on the sixth floor and narrowly escaped, believe the chances of survival are slim.

"I hope to God that they're going to find somebody," he said. "If you go over there and you see, like, you know, all the rubble, how can somebody survive that?" 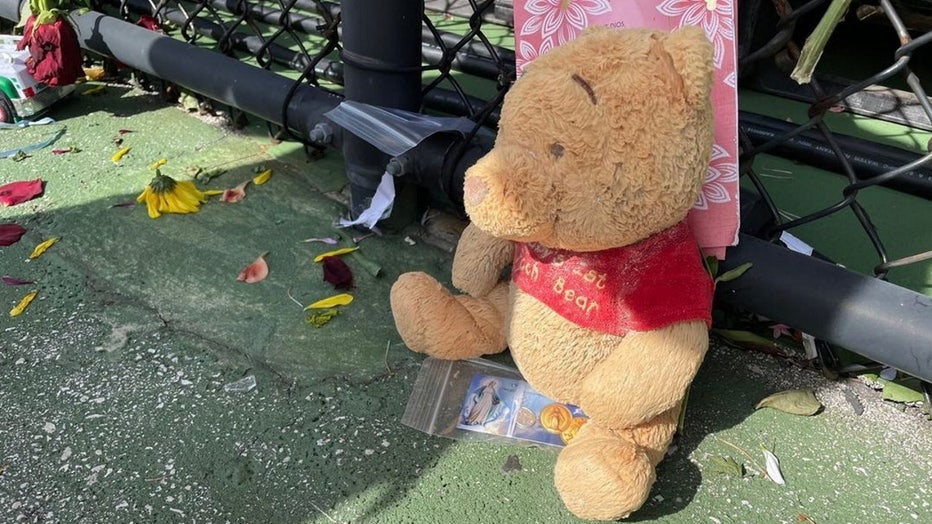 As officials start to piece together what exactly occurred, the city of Surfside released a report by an engineer from 2018, which warned of "major structural damage." This includes cracks in the concrete, support columns, and "major design flaw" in the underground parking garage.

Despite the engineer’s warning of major structural problems, a town building official told board members the high-rise condominium was in "very good shape" almost three years before it collapsed, according to minutes of that meeting released Monday.

The Surfside official, Rosendo "Ross" Prieto was quoted as making those comments at a meeting of the Champlain Towers South board on Nov. 15, 2018. That was just over a month after engineering firm Morabito Consultants issued a report describing key flaws in the structure. 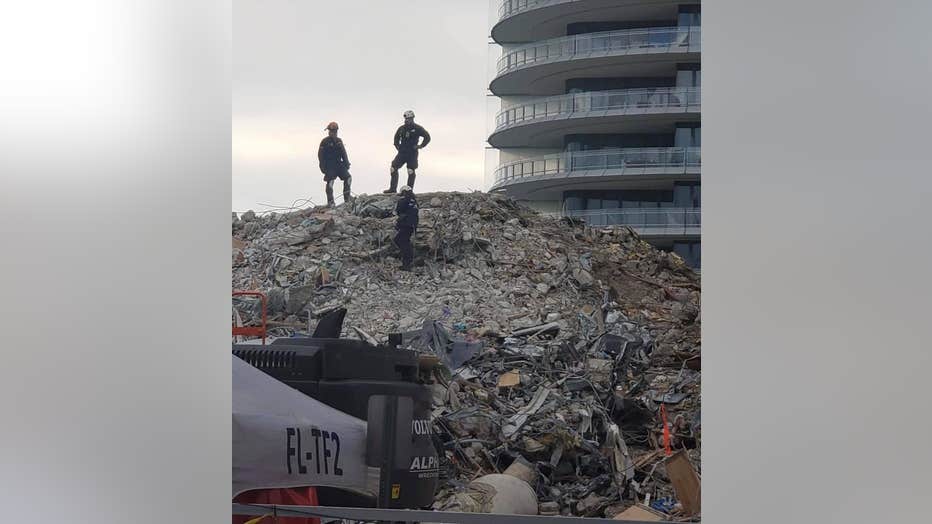 The board meeting minutes say that Prieto told them in 2018 the Morabito engineering report had collected the necessary information and "it appears the building is in very good shape."

A day later, Prieto told the then-town manager of Surfside he thought the meeting was a success and credited Champlain Towers with getting a good early start on the recertification process.

"The response was very positive from everyone in the room," Prieto wrote in the email, also released by town officials. "All the main concerns over their forty-year recertification process were addressed."

PREVIOUS: Florida professor: Surfside condo showed signs of sinking in 90s, but that wouldn't be only cause for collapse

Yet there is no evidence any of the critical concrete structure work ever started, the documents show. Owners of the 136 units had been told earlier this year they would have to pay their share of a $15 million assessment — $9.1 million of which was major work — by July 1. That assessment ranged from about $80,000 for a one-bedroom unit to more than $330,000 for a penthouse.

Prieto no longer works at Surfside and efforts to locate him by the Associated Press on Monday for comment were not immediately successful. Prieto previously told the Miami Herald he didn’t remember getting the Morabito report and declined to comment on the November 2018 board meeting.

The minutes were forwarded to Surfside officials on Sunday by an attorney for the board, according to the town.

The Morabito report focused attention on the pool deck, which was found to have waterproofing underneath that had failed and had been laid flat instead of sloping to drain off water. This threatened not only the concrete slab under the pool but also other structural areas.

One of the Bay Area's top search and rescue teams has deployed to South Florida to help with the deadly condo collapse.

"Failure to replace the waterproofing in the near future will cause the extent of the concrete deterioration to expand exponentially," said the report, which also cited "abundant cracking" in concrete columns and beams.

Miami-Dade County has since ordered inspections for all buildings that are at least 40 years old. On Tuesday, engineers will head to the condo’s sister building, just up the road, which was erected a year later by the same company, using the same materials and a similar design. It has faced the same tides and salty air.

This has made some residents of Champlain Towers North worried enough to leave, though most have remained, saying they are confident their almost 40-year-old, 12-story building is better maintained. They say their building doesn’t have the same problems with cracking in support beams and in the pool area that 2018 engineering reports show the south tower had.

Inspectors performed a quick-hit examination of the north building and Surfside Mayor Charles Burkett said nothing was found that indicates the tower is in danger of collapse.

That didn’t reassure everyone.

"I’m petrified of returning," said Rebecca Weinstock, a snowbird who bought a sixth-floor condo in the north building four years ago with her husband. She is in New York, where she was when the south tower collapsed early Thursday, killing at least 11 people and leaving 150 missing.

While she agrees the north building is well maintained, she said that’s not enough to satisfy her that it’s completely safe. It was completed in 1982, one year after the south tower, and built by the same developer, Nathan Reiber, through his firm, Nattel Construction. The possibility that the collapse was caused by a design or construction flaw means she won’t be returning anytime soon. 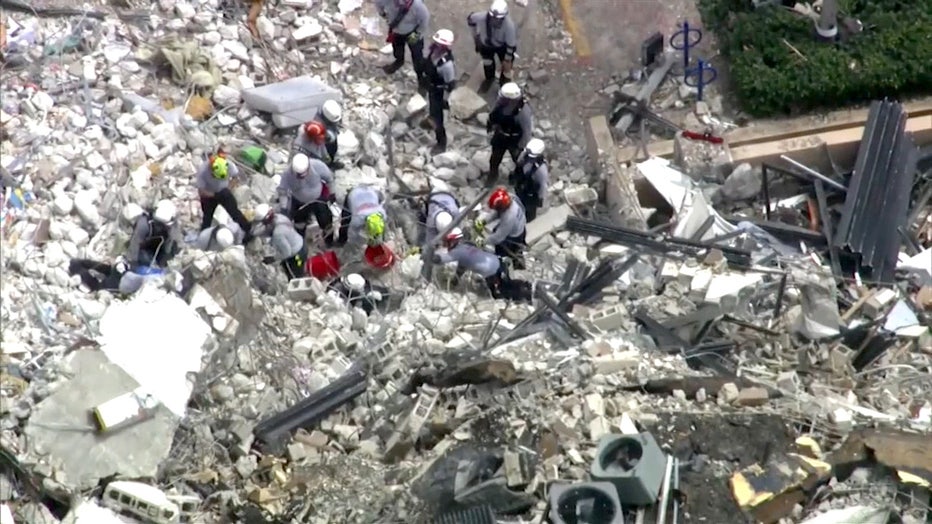 North tower residents who want to temporarily relocate are being offered federal assistance, just as survivors from the south tower are.

Task Force Three is among the groups searching for survivors. It’s made up of emergency crews from Tampa Fire Rescue, Hillsborough County and St. Petersburg. They also brought a squad of four K9s as well.

The dogs are helpful because they can show the team where they should be focusing their efforts. From there, they can use various equipment from special saws to cameras and microphones.

The task force is on a 7-day deployment, but they could stay longer if needed.