Luckily for Matthew and Courtney McGilvary, they had each other to lean on as they made difficult decisions as they attempted to make their dream day happen safely.

Their love story started with a lighthearted dare during a night out.

"She was the pretty girl at the end of the bar, and I made a friendly wager with a friend of mine that I would go talk to her," explained Matthew. 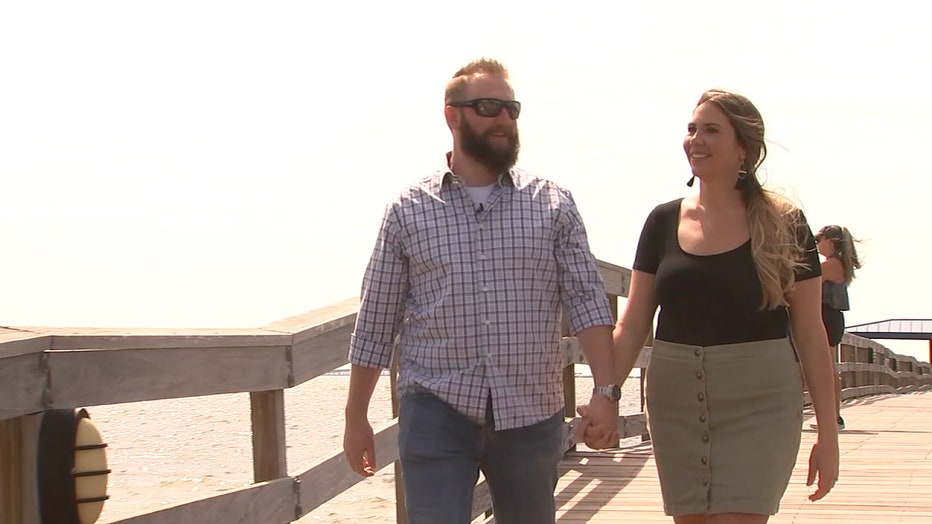 However, that dare turned into Matthew meeting the love of his life.

"From that night I knew she was the one," said Matthew.

"He did. It was in our vows. Actually, the night, we met he told me he would marry me and I was like, ‘This is not what you normally say when you meet somebody,’" Courtney added.

It’s not exactly the pickup line he’d recommend, but luckily for Matthew, he hit it off with Courtney. As the saying goes, the rest is history. 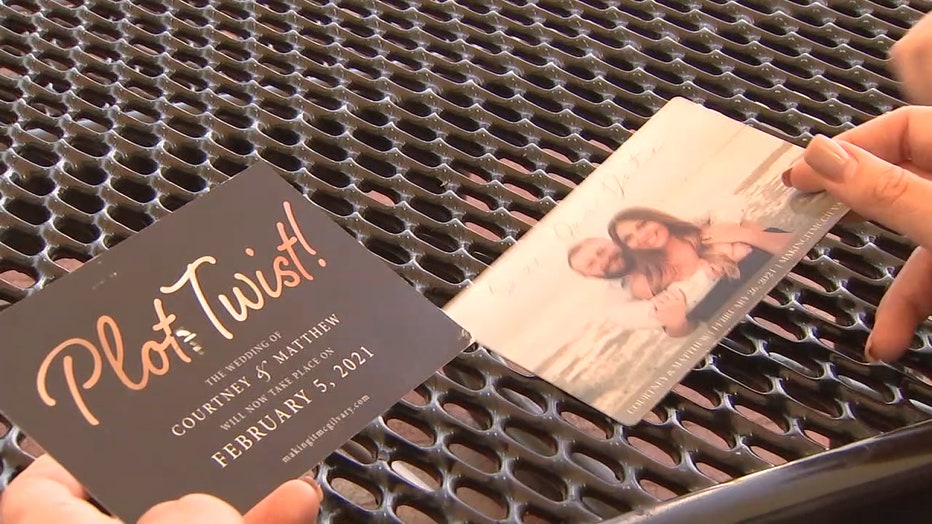 "We got engaged in January," said Courtney. "We were actually able to have our engagement party at the bar we met at. Then about two weeks later, everything shut down."

But with wedding planning already underway, they had a tough choice to make.

"We already had our first venue, already booked it. We had our date," said Courtney. "But we wanted everyone to be safe."

With the future still so unknown and after many conversations with family and friends, their minds were made up.

"The support from them and just kinda realizing there’s no guarantee is why we really decided to move forward," Courtney explained.

The next few months were stressful, and it all started with the dreaded phone call from their venue.

"It canceled on us," said Courtney. "Then, I think that’s when we realized that we were going to have some issues."

After a month of searching, they finally found a new location, however, at that point they had to reschedule their date. The only date available was February 5.

"We did all of that and then realized it was Super Bowl weekend. And the Super Bowl, of course, was here in Tampa this year," Courtney said. "We didn’t know then that the Bucs would be in it. But that opened up a whole other can of issues."

Hotel rooms were in short supply. But after those loose ends were tied up, the health and safety of their guests took priority in all their plans.

"Our venue went above and beyond. They had a sanitation crew come in before the wedding, they made sure everything was spaced out, our ceremony was outside," Courtney recalled.

But despite the stress of canceled venues and rescheduled dates, it still turned out to be the wedding of their dreams.

"I was perfect, it really was," Courtney said. "It was the day that we envisioned. It was just the process to get there was different than we envisioned."

"I was perfect, it really was. It was the day that we envisioned. It was just the process to get there was different than we envisioned." - Courtney McGilvary

The day was filled with special moments.

"I got to play the guitar during our first dance which was so much fun," said Matthew.

Looking back on their big day, there’s memories they’ll never be able to forget.

"The moment I turned around at Vinoy Park and saw you in the wedding dress, that was it. I didn’t cry," Matthew joked.

Courtney, however, remembers it a little different.

In the end, they say the stress and chaos was all worth it.

"A lot of things fell apart, but it fell together better," said Courtney.

Courtney and Matthews spent countless hours communicating with their guests to make sure they were aware of all the precautions they were taking and their guests felt comfortable. It paid off.

Courtney told FOX 13 that planning a wedding during a pandemic is not for the faint of heart, but in the end, she says it brought her and Matthew closer together.