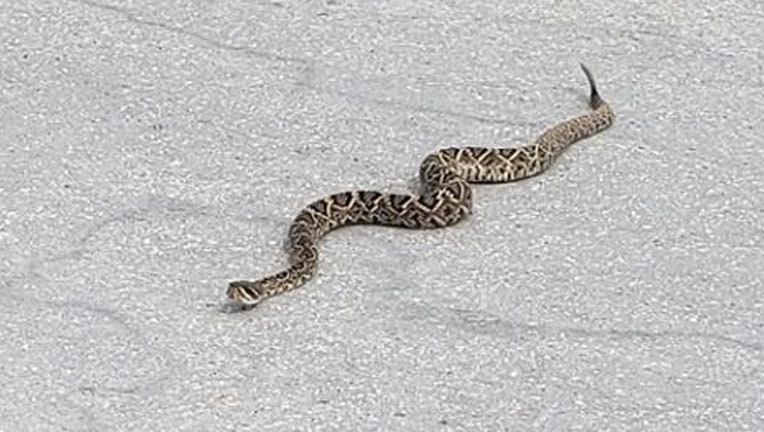 DUNEDIN, Fla. - The diamondback rattlesnake can be found all around Florida, and Dunedin is no exception.

Over the Memorial Day weekend, Pinellas County deputies learned there was a "big" one on the Dunedin Causeway.

"In Pinellas, you never know what you may find on the beach!," according to a Facebook post by the sheriff's office.

The snake was relocated to Brooker Creek Preserve.

There are six venomous snakes found across Florida, and four of them are fairly common in the Tampa Bay area, including the eastern diamondback rattlesnake.