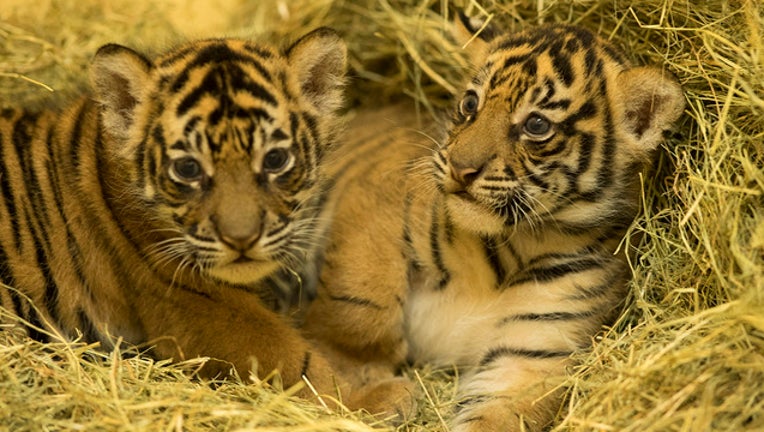 A team of animal care experts at the park has announced that one cub is a male and the other female – both weighing about 12 pounds.  Their eyes have opened and they are also beginning to learn how to walk on their own.

The tigers were bred through the Species Survival Plan, which is overseen by the Association of Zoos and Aquariums and ensures responsible breeding and diverse populations of threatened and endangered species. Sumatran tigers are critically endangered, with fewer than 500 existing in the wild due to significant threats like habitat loss, poaching and the illegal wildlife trade.

The tiger cubs will remain backstage for the next few months before guests will be able to see them on Maharajah Jungle Trek, and we look forward to sharing more updates soon.  Read more about the tiger cubs at the Disney Parks Blog.