Chocolate lab hit by gunfire flown to Tampa for treatment

TAMPA, Fla. - A dog hit by gunfire in Alabama is getting a second chance at a happy life thanks to a Bay Area pilot and the Suncoast Animal League.

The 1-year-old chocolate lab has been named Mikey after his winged rescuer, Michael McCarthy, also known as Pilot Mike, who flew to Alabama to pick him up and bring him back to Tampa Bay.

Despite Mikey’s injuries, he is full of energy and love and, once he’s healed, will be ready for a forever home in Florida.

Mikey was unloaded from Pilot Mike’s Cessna at the Brooksville Tampa Bay Regional Airport the day before Thanksgiving. He’s energetic and happy, but a closer look reveals the ordeal he endured. 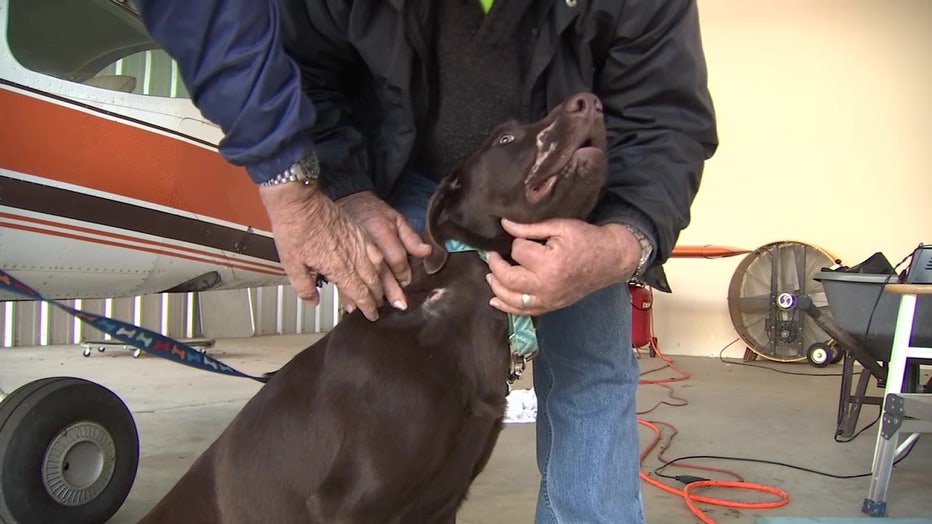 Mikey has injuries on his snout and side, and he needs surgery. He was hit by gunfire last week and was taken to a shelter in Monroe County, Alabama.

Suncoast Animal League in Tampa works with shelters in that region and stepped in to help.

"If, every once in a while, an opportunity comes up where we can be of service to the Suncoast Animal League and some pets in need, we’re very very pleased to participate and do that," pilot Michael McCarthy Said.

When they asked Pilot Mike to go get the chocolate lab, he immediately put together a flight plan. 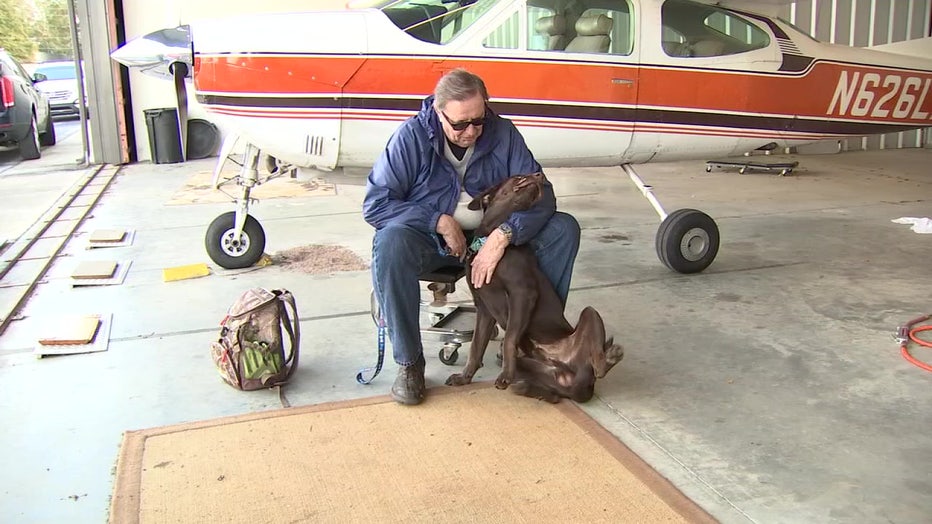 "If we drove a van up there to get him, it would probably be closer to 10, 12 hours drive, so because we have the airplane we can just fly up there in the morning, grab some lunch, put the dog in the plane, fly him back, and here we are in the afternoon, and he’s all set and ready to go on with his new life," McCarthy said.

Bullet fragments still need to be removed from Mikey’s body. His teeth are also shattered on the side of his face where the bullet hit. 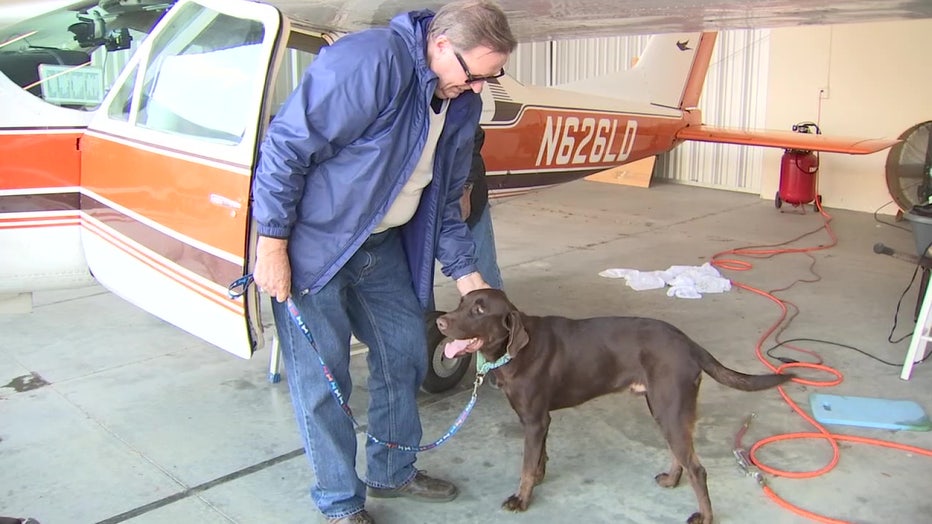 Rick Chaboudy, with the Suncoast Animal League, said his organization is grateful Pilot Mike and the shelter in Alabama were willing to get Mikey the help he needs.

"Sometimes they have some very special cases, and a lot of time those are very expensive cases that go beyond what they can afford to do, so they call us, and we try to react to it and get the animals down here," Chaboudy said. "His lower jaw droops a little bit so we’ll see whatever it takes, I mean literally, whatever it takes, that’s what we’ll do and we’ll try to make him right again, and make him the best he can possibly be."

Mikey will be staying in a safe home in the meantime. His surgery is scheduled for Friday.