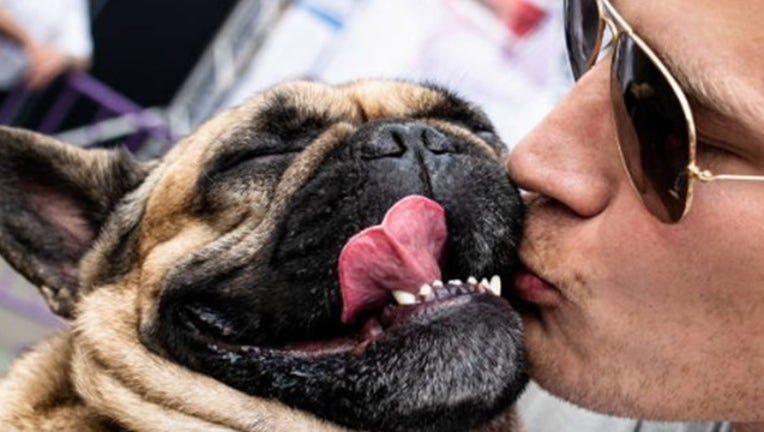 (FOX NEWS) - An organic dog food brand has confirmed what furries have seemingly known all along: People are more than willing to show affection toward cuddly, canine-looking friends.

Riley's Organics polled dog owners across the country about their penchant for puppy PDA, and the findings indicate that the majority – however slight – are more affectionate with their pets than with their partners, People.com reports.

According to the survey, 52 percent of those polled said they gave their dogs more kisses than their significant others — and 61 percent said they kiss their dogs on the mouth. Fifty-two percent also claimed they'd rather share a bed with a dog when given the choice between a dog or a partner.

These findings come more than a year after a separate survey of American pet owners found that more than half admitted to skipping out on social events to hang out with a dog or cat.

The results shouldn't be all that surprising, though, as 94 percent of those polled by Riley's Organics said they would rather stay at home with a dog than spend a night out with a human friend.