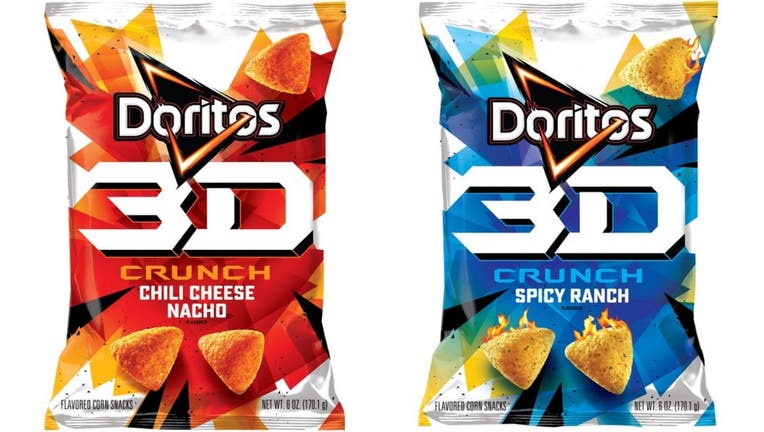 Doritos 3D, which made its debut in the late 1990s, will be gracing grocery store shelves once again starting Dec. 28, according to a Frito Lay news release.

The puffed-out chip gained immense popularity after it was featured in a 1999 Super Bowl ad starring Ali Landry titled "Laundromat."

Despite its fanfare, the company started to phase out the 3D snack sensation in the early 2000s. As time passed and with the advent of social media, Millennials took to Twitter, begging Doritos to release the crunchy treat once more.

To continue the stroll down memory lane, the company has joined forces with Ali Landry once more to make the official announcement of the chip’s return.

"Paying homage to the original ‘Laundromat’ commercial, Landry will ask fans to catch Doritos 3D in their mouth in the boldest ways possible. Fans are encouraged to check out the #Doritos3DChallenge on TikTok starting December 28," according to the news release.

"Doritos 3D Crunch is one of our most anticipated product launches ever. What's exciting is that we didn't just bring back the original — we've evolved it to reflect the snacking trends of a new generation," said Rachel Ferdinando, SVP and CMO of Frito-Lay North America. "We're thrilled to introduce a new version at a time when we all could use a small moment of joy."