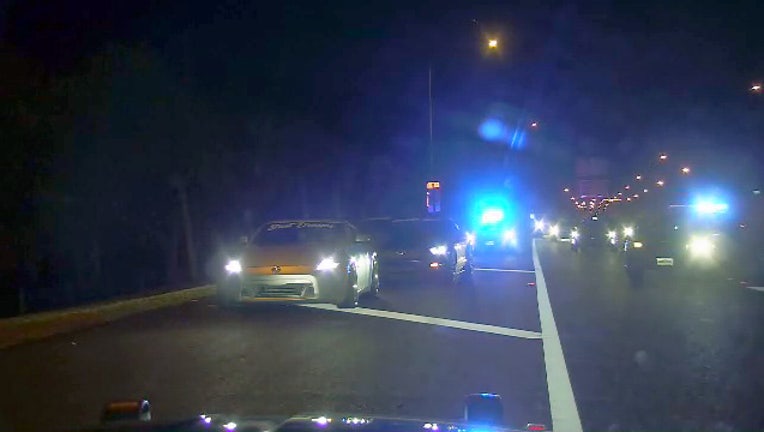 According to the Florida Highway Patrol, it was around 12:24 a.m. when the pack of vehicles slowed down to around 10 or 15 miles per hour along the bridge, then gunned their engines and raced off together eastbound.

Troopers say they pack slowed down and sped up, remaining together, at one point reaching a speed of 114 miles an hour in a 55-mph zone.

"I activated the rear [radar] antenna and received an initial reading in the low 90's, which quickly and steadily increased to a peak of 114 miles per hour, before falling back to the mid 70's," one trooper wrote.

As they got to the Tampa side of the bridge, waiting troopers pulled in front of the four cars and arrested the drivers; all four were taken to the Pinellas jail while their vehicles were impounded.