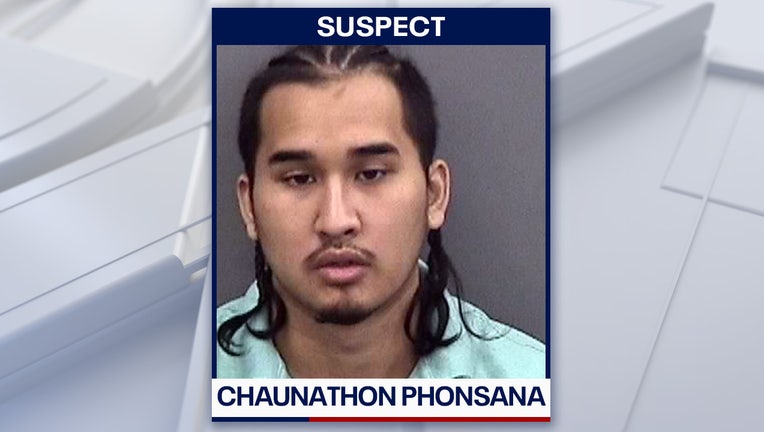 TAMPA, Fla. - One year ago, Chaunathon Phonsana was driving on State Road 60 East in Hillsborough County when he hit something on the road. Prosecutors say Phonsana pulled over to see what it was.

At his plea hearing Tuesday, Hillsborough state prosecutor Jonathan Alper told the court what happened next.

"He struck a pedestrian who is lying on the road. At that time, the defendant pulled over and began speaking to an eyewitness who had also seen the pedestrian on the road," explained Alper.

Instead of staying to help, prosecutors say Phonsana took off and went home.

Investigators tracked down him down and discovered front-end damage on his car – along with drugs.

Now Phonsana is pleading guilty to leaving the scene of a crash involving death, along with drug charges. In exchange for his plea, he’ll receive 90 days in the county jail plus six months of probation.

As part of the agreement, the 22-year-old will have his license suspended for three years and attend a victim impact panel once he serves his jail time.