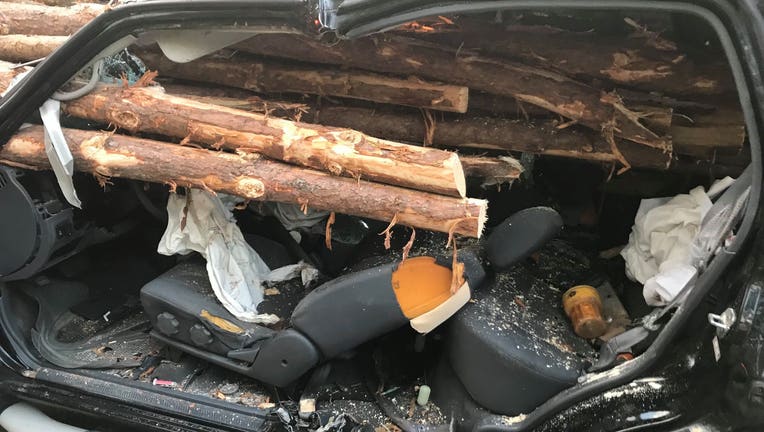 OHUTTA, Ga. - A driver in Georgia must have had an angel on his shoulder after logs from a truck impaled his vehicle right through the windshield!

The Whitfield County Fire Department says firefighters pulled the driver from the car Friday in the Cohutta area in northwest Georgia.

The fire department posted photos of the terrifying aftermath on its Facebook page.

People.com reports that the driver had bent over to pick something up that he dropped in the car. When he did, he reportedly rear-ended the truck carrying the logs. Fortunately, because he bent down, his head ended up in a gap between the logs, which most likely saved his life.