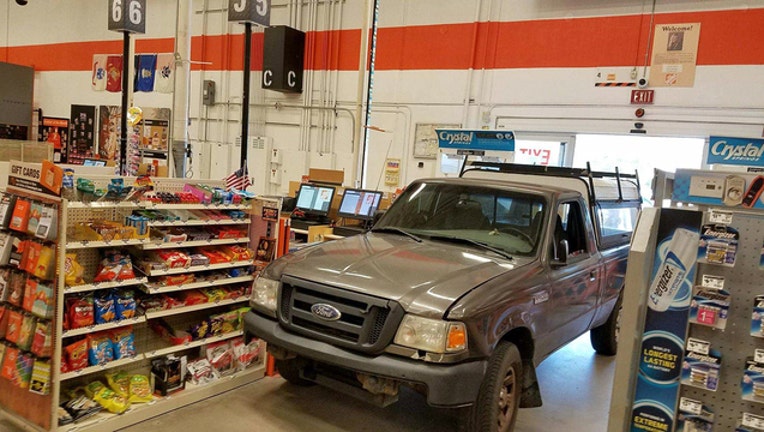 TAMPA (FOX 13) - A truck drove through the front doors of a Home Depot store on Bruce. B. Downs Boulevard and parked in between the registers.  Police said the driver appeared to be "mentally unstable."

Officers said there were no injuries, but one person was having a medical issue at the scene.

A photo of the scene showed a grey or dark tan Ford pickup truck with a cap over the bed and missing its front bumper.

It did not appear the truck caused any damage to the store and TPD said in a tweet the "store checked out fine," but officials were still on the scene, trying to figure out what happened.

It was unclear what if any charges would be filed.