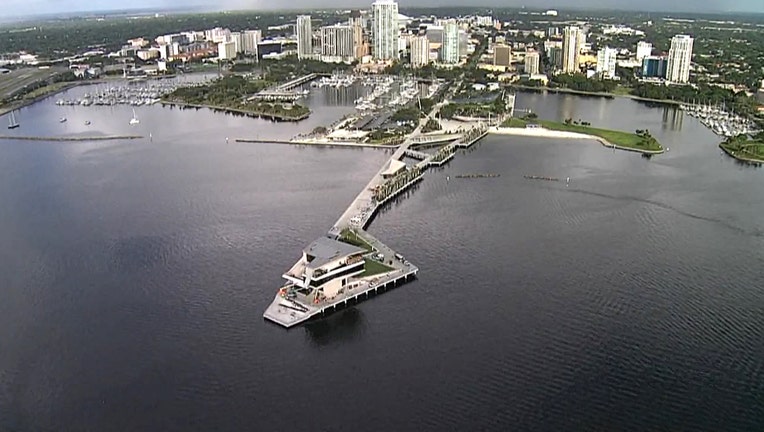 ST. PETERSBURG, Fla. - With most of Tampa Bay within Tropical Storm Elsa’s cone, the celebration to mark one year since the St. Pete Pier opened has been rescheduled to the end of July.

Now, the drone light show is scheduled for July 31, rather than July 6. The "Duke Energy Drone Light Show" was set to feature 300 drones equipped with LED lights to create formations that stretch over 500 feet across the sky.

City officials said additional details for the rescheduled event will be provided later.

One year ago, the Pier quietly opened after years of design changes, construction, and delays. It is the eighth major pier in the city's history.