NEW PORT RICHEY, Fla. - Christina Pericone said she did everything she could to keep her brother, Travis McClish into things like fishing, music and work. Instead, he fell in and out of a cycle of drug addiction.

For five years, she struggled to encourage him to do anything but dope.

"Keeping them busy is half the battle," she said. "To have them sit out there with their own thoughts and their own beings, it makes it a lot more dangerous."

Last June, he was about to turn 29 when she got the phone call dreaded by anyone trying to help someone suffering from addiction. 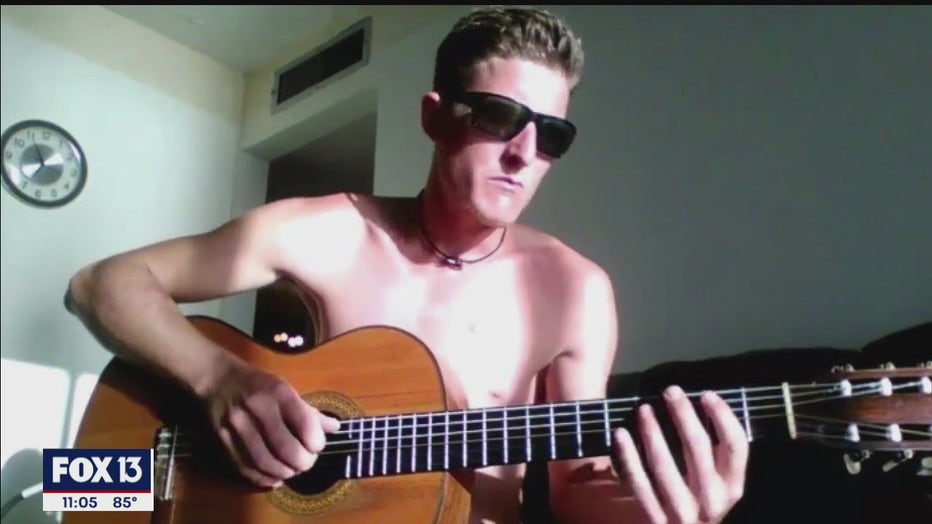 "Whether he knew it was fentanyl, [he] came back to the house, shot it up in the bathroom, and that's where they found him," Pericone recalled.

In Pasco County, calls for help are lighting up 911 switchboards. Deputies say between March and July of 2019, there were 121 calls for an overdose. This year, there were 570.

"Seeing what is going on across the country, across the world with COVID, the depression is setting in. People with their jobs. Small business owners not knowing if they can keep their business open," Pasco County sheriff Chirs Nocco said.

The sheriff says his county is in need of more mental health and substance abuse facilities to supplement the county's behavioral health assessment team. He also says information-sharing should be improved, particularly among agencies that deal with young people.

"That is why we need hospitals, mental health providers, everybody work together, rather than being in separate silos," said Nocco.

In honor of her brother, Christina now volunteers for a recovery house in Pasco County. She hopes to help those struggling with addiction realized desperate times don't have to call for desperate measures.