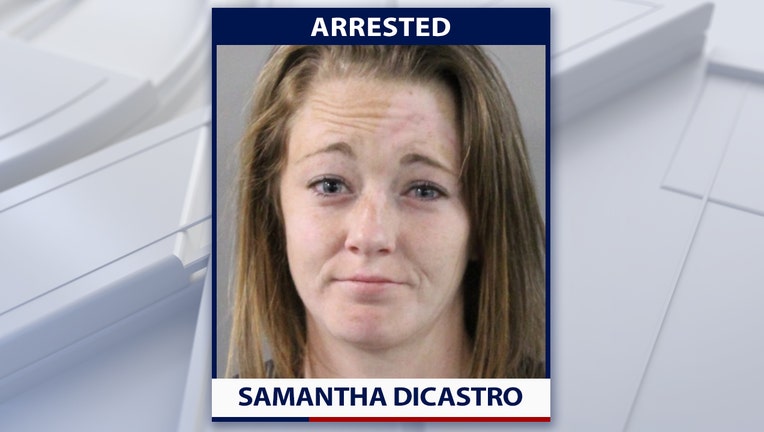 DAVENPORT, Fla. - Samantha DiCastro, 27, is facing negligent child abuse charges after deputies say she lost track of two children in her care while she was drunk.

According to the Polk County Sheriff’s Office, deputies were called to the Wawa gas station located at 43582 US 27 on Wednesday evening because an 8-year-old child had been left unattended.

Deputies say DiCastro walked into the gas station store with the 8-year-old and a 2-year-old and left the older child behind when she exited the store because an employee refused to sell her cigarettes.

The employee said DiCastro was stumbling, slurring her speech and had a bottle of Bacardi tucked into her waistband.

Deputies found DiCastro as she was walking away from the store while carrying the 2-year-old child. While talking to deputies, DiCastro set the child on the ground. A short time later, she began looking around for the 2-year-old, who was still right where she placed the child, according to PCSO.

DiCastro was arrested when she began walking away from deputies who told her she was not free to go.

"This situation is scary enough, but realize that this occurred along a very busy highway," said Polk County Sheriff Grady Judd. "We are thankful that these children weren’t injured or worse."

DiCastro has been charged with two counts of child neglect, resisting arrest without violence, disorderly conduct and disorderly intoxication. She was also cited for possessing an open container of alcohol in public.

The children were turned over to their parent.