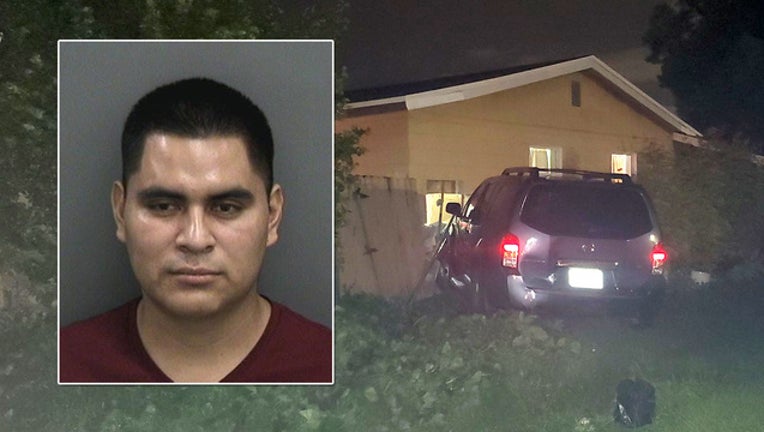 TAMPA, Fla. - A drunk driver crashed into the side of a home in Tampa, deputies said, and had a blood alcohol level that was three times the legal limit.

Investigators said his vehicle left the roadway and collided with a speed limit sign and chain-link fence before colliding into the southwest concrete wall of a home near the intersection of Paris Street and Yorkshire Road.

The 24-year-old was arrested for DUI and for driving without a valid license. Officials said his BAC levels were 0.233 and 0.231. The legal limit in Florida is 0.08.