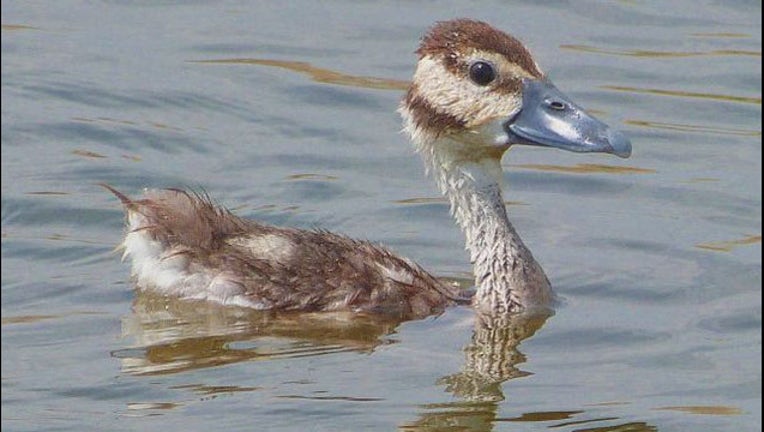 It's what many call a "spoil  island"- where the U.S.  Army Corps of Engineers dumps what they dredge out of the channel- but island 3D in Hillsborough Bay is also teeming with all kinds of birds.

"This is prime habitat for them- no predators, [and there is] water here with a ready food supply," said U.S. Army Corps of Engineers biologist, Aubrey Hershorin.

Deterrents didn't work, and now the Corps is working with biologists and other agencies to protect the birds and keep tabs on their numbers. That includes one of Florida's newer residents, the Black-Bellied Whistling Duck. With an orange bill and long pink legs, they're distinctive looking ducks with an even more distinctive call.

Margeson says nearly 300 ducklings fledged there last year, and biologists banded 51 of them.

"We really don't know much about them yet, so we want to get an idea of what their numbers are and how they're moving around the state," said McBride.

But you have to catch them first, and with the recent flooding rains, 3D now has more ponds for the ducks to scatter off to.

After spotting a couple of ducklings, biologists and volunteers fan out on foot and by kayak, hoping to herd them into a waiting pen.

"It's tough. You never know how the birds will react, so you go with the flow,” McBride explained. “[You] hope the birds are going to do what you want them to do, and sometimes they don't."

This time they didn't, but there will be other opportunities here and elsewhere as scientists try to determine if the duck who's been a snowbird to Florida for years, is intent on becoming a full-time resident.

If you spot a bird with a federal band or a color marker, you're encouraged to report the sighting here: www.reportband.gov.