TAMPA, Fla. - Four years ago, Jermaine Buie got behind the wheel after drinking. He crashed and killed a 26-year-old father, Daniel Nau.

In that crash, in March 2016, Keith Nau lost his son. At Buie's sentencing Wednesday, Nau and Buie came face-to-face for the first time.

“All I can say is, I pray to God this is a learning experience for you,” Nau said to Buie.

Daniel Nau's death left his now-7-year-old son, Liam, without a father. His mother spoke directly to Buie before he was sentenced.

"My 7-year-old turned seven on Saturday and he looked me in the eye and he said, 'Mom, please look at him and ask him please don't kill another person and please learn your lesson from this and please do not drink and drive,'" she said through tears.

A picture drawn by little Liam of his father's crash was shown to the courtroom. 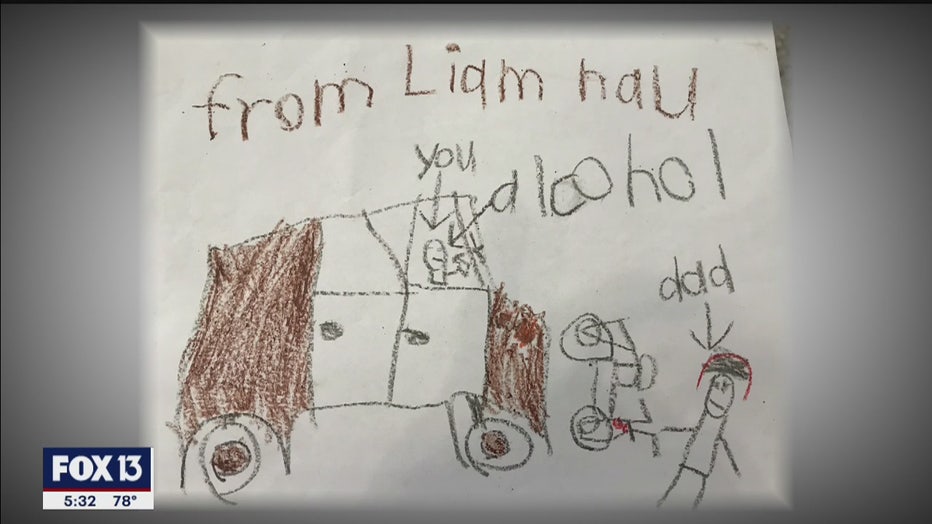 A close family friend shook as she spoke at the sentencing.

Buie pleaded guilty to DUI manslaughter in a previous hearing. Before receiving an eight-year sentence, followed by five years’ probation, Bouie addressed the courtroom, expressing remorse for the death of a man who was riding a motorcycle just before he died.

“Everybody, I’m so sorry. I never meant to do that. I ride motorcycles. I never want to take someone's life. I’m not that person,” Buie said.

The hearing closed with both families embracing one another, each suffering the ongoing pain of loss, grief, and heartache.