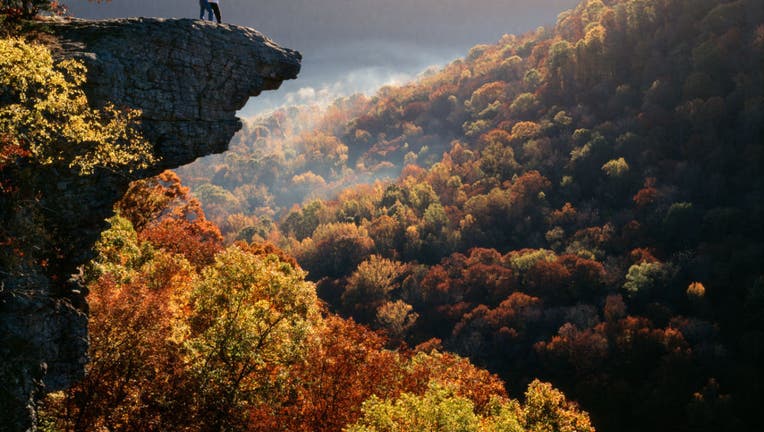 Get paid to live and work in the Ozarks.

The Northwest Arkansas Council is shelling out more than $1 million in the next six months to attract top talent to the charming small towns within the Ozark mountains -- and remote workers will get $10,000 to make the move, plus a bike to navigate the hilly terrain.

The council is calling on recent grads, families, career-changers and entrepreneurs looking for “a unique opportunity to create balance for those eager to move from congested and expensive larger cities and suburbs,” according to its website.

Northwest Arkansas, home to three Fortune 500 companies' headquarters – Walmart, Tyson Foods and J.B. Hunt – is looking to recruit residents with STEM jobs (Science, Technology, Engineering and Mathematics) in particular, though it's not a must.

In the new normal of the coronavirus, those lucky enough to still have a job and have remote capabilities are primarily working from home. And that is likely to continue with more COVID-19 cases spiking across the country. Now, more Americans are considering relocating for more affordable rents, cost of living and bigger spaces.

As a result, a number of smaller cities are catering to Americans on the move by offering cash incentives during the pandemic. Savannah Economic Development Authority, an organization that promotes commerce in Georgia, in June launched a similar program paying up to $2,000 in moving costs to get qualified technology workers to relocate to Savannah or Chatham County areas.

The Ozarks have been a hot spot in recent years, seeing a boost in tourism spurred by the hit Netflix crime drama with the same name. In the show, Jason Bateman's character, Marty, is a financial adviser who moves his family out of Chicago when he’s indebted to laundering money for a Mexican drug cartel.