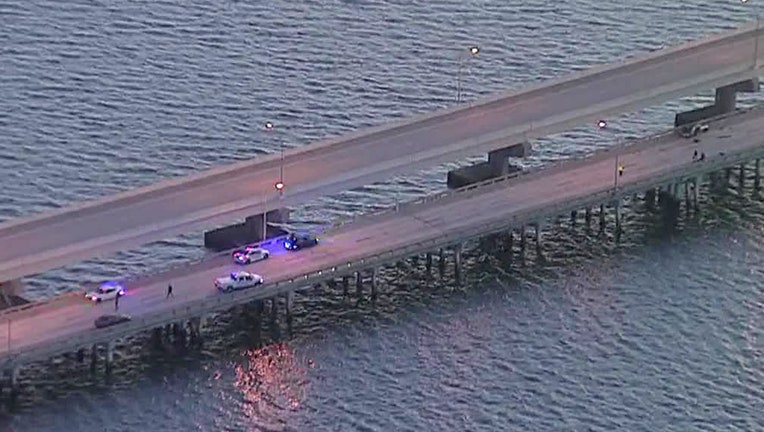 TAMPA, Fla. - A 15-year-old girl was killed and three others were injured by a suspected DUI driver in an early morning crash on the Gandy Bridge in Tampa, police said.

The crash happened just after 4 a.m. Thursday in the eastbound lanes.

Investigators said the 20-year-old driver of a 2008 silver Infiniti Q35 ran out of gas on the bridge. After pulling over to the left shoulder, he spotted what appeared to be a drunk driver swerving from side to side and heading in his direction.

The 15-year-old girl was standing outside of the passenger side of the car and was killed in the crash.

The 20-year-old man, who was seated in the rear driver's side, suffered a minor injury to his left leg after it was pinned between the guardrail and the vehicle. The 17-year-old female in the rear passenger seat suffered minor injuries.

The driver of the Honda Accord, later identified as 28-year-old Sebastian Gutierrez, remained on the scene with no apparent injuries. However, police said he was demonstrating signs of apparent impairment.

Gutierrez was charged with DUI manslaughter and taken to the Hillsborough County Jail.

The victims' identities were not released by authorities.