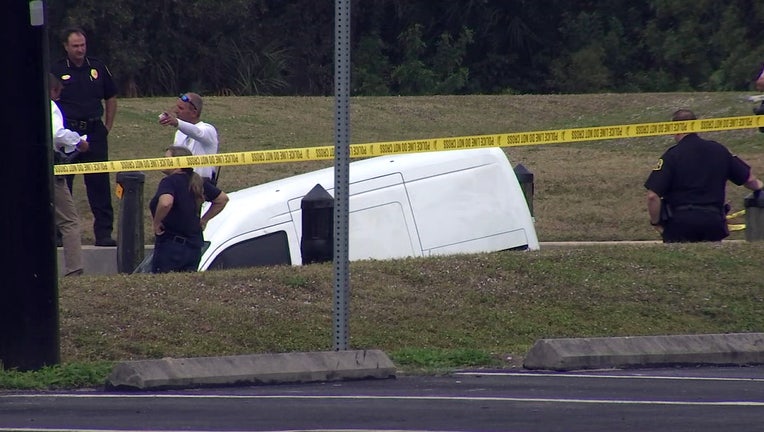 VENICE, Fla. - Police are investigating after an elderly man was found dead inside a submerged van in Venice this morning.

It was just after 7 a.m. when a boater reported seeing a minivan in the water at Marina Park. Emergency crews found one person inside and pulled him from the van, but they were unable to revive him.

A city spokesperson described the driver as "elderly" but did not immediately provide the man’s specific age or identification, pending notification of his family.

Chief Tom Mattmuller said the van could have gone into the water anytime after 7 p.m. Tuesday. Investigators don't suspect foul play but they continue to investigate.

"It is unfortunate. It's happened before in the past. But we have try to figure out what caused this individual to end up on the boat ramp," Mattmuller offered.