LONGBOAT KEY, Fla. - A new initiative to restore seagrass and clams in Bay Area estuaries officially kicked off Saturday. It's known as 'All Clams On Deck' and it’s getting support from state lawmakers who were in Longboat Key Saturday to announce the new program.

Right now in Florida, water quality is top of mind. Harmful algae blooms have killed much of the state's seagrass. It's made it harder for manatees to find food forcing to some starve to death.

"What keeps me up at night is water quality issues. There are a large spectrum of things we need to do wastewater treatment facilities, what we put on our lawn, how we farm and how we ranch," explained Ed Chiles, founder of ‘All Clams On Deck’.

According to data from the Hillsborough Environmental Protection Commission, seagrass in Tampa Bay declined from roughly 40,000 acres in 2018 to roughly 34,000 acres in 2020.

"Water quality is something we always have first because to Floridians I think it is one of the premiere bi-partisan issues in the legislature something we all agree on," Florida State Representative Will Robinson said.

ZooTampa has released a manatee back into the Gulf of Mexico after treating the sea cow for red tide toxicity for two months.

Saturday, Rep. Robinson along with Florida State Senator Jim Boyd showed their support for the ‘All Clams on Deck’ initiative. It's a new program created by Gulf Shellfish Institute to restore 650 acres of seagrass and clams in three main estuaries: Tampa Bay, Sarasota Bay and Charlotte Harbor. 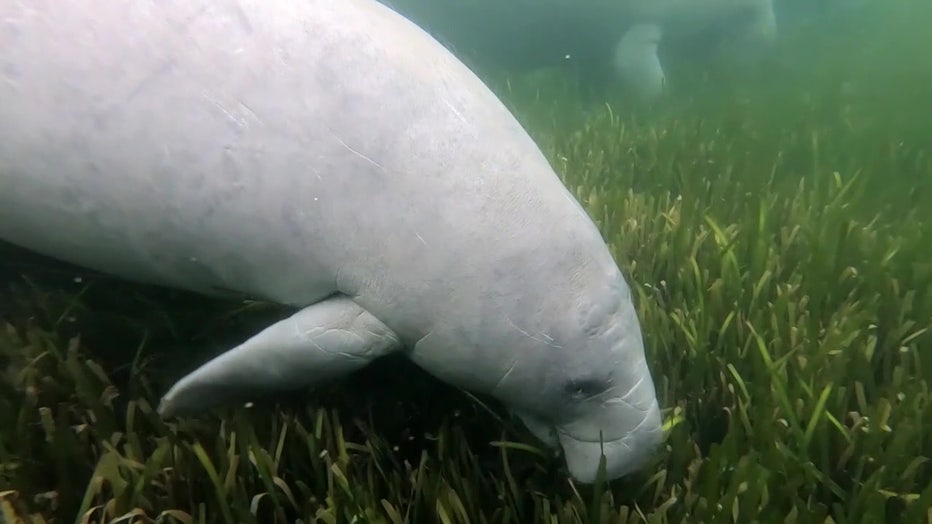 As Chiles explained, the program will be driven by scientists who will implement planting efforts and evaluate the environmental response with hopes of using what they learn to quantify large-scale water quality improvements.

’Pollution is pollution’: How to reduce amount of algae-thriving nutrients in Bay Area waterways

Water quality issues have become a very visible problem in Florida in recent years with toxic algae clogging waterways and killing off shocking amounts of wildlife.

READ: ’Pollution is pollution’: How to reduce amount of algae-thriving nutrients in Bay Area waterways

The program is requesting $15 million in federal funding and $2.5 million in state funding to pay for restoration projects over the next 3 to 5 years. 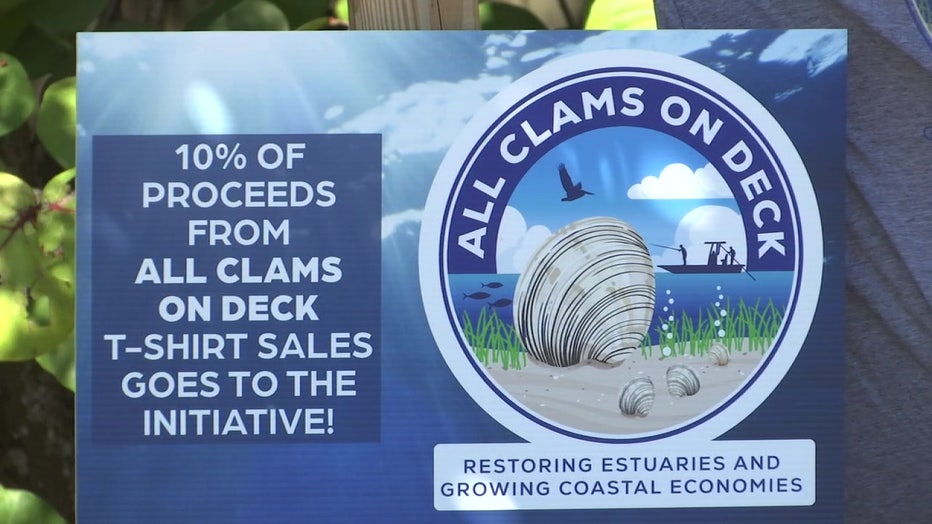 "We've got to make sure that these coastal areas and resilient and that's what ‘All Clams On Deck’ is all about," Chiles said.

Chiles says he expects to hear a final answer on the funding sometime within the next 90 days.