TAMPA, Fla. - Watching the Escambia County kidnapping attempt, Anthony Kuntz catches some details that may be valuable to all parents.

"You’ll notice right away, the girl was aware of her surroundings," Kuntz said. "This is super important. Then she notices, out of the peripheral vision of her eyes, she noticed a car pull up."

"In this case, at 11 years old, I think she did everything she could," Kuntz continued.

In the now-viral video out of west Pensacola, the young girl is seen waiting at her bus stop around 7 a.m. Tuesday when a man jumps out of a white vehicle, trying to grab the girl as her bag is thrown several feet away.

She can be seen struggling as he stumbles, and they both fall. Then the man gets up and runs back to his vehicle as the girl runs in the opposite direction.

Kuntz says, screaming first and creating a commotion was vital. And by fighting back, she became a hard target.

"She was such a hard target that this person became afraid, he understood there was a time constraint to be able to take this little girl, so he had to leave," he said. "She bought enough time to save herself."

Kuntz owns Martial Arts Advantage and teaches children starting at the age of 3. One of the lessons he focuses on are the "Three T’s" – Talk, Tell and Tactics.

"We give them a strategic plan to ‘talk’ to a bully, or in this case a bad guy," he said. "’Tell’ means to tell a trusted adult that you need help. And if that doesn’t work, then we have ‘tactics’ – the physical attributes necessary to help."

"She bought enough time to save herself."

He says what’s most important is the confidence, or the ability to stand tall, have proper eye contact and vocalize what they need. In this case, he believes the girl did just that.

"Somewhere along the way, either through parenting or through an activity such as martial arts, she was able to tell this attacker, with her body language, to back off and leave me alone," he said.

Escambia County Sheriff Chip Simmons says they’ve arrested 30-year-old Jared Stanga. They say he has a lengthy criminal history including sexual abuse of a child. Today, he was charged with attempted kidnapping, aggravated assault with a knife and battery. 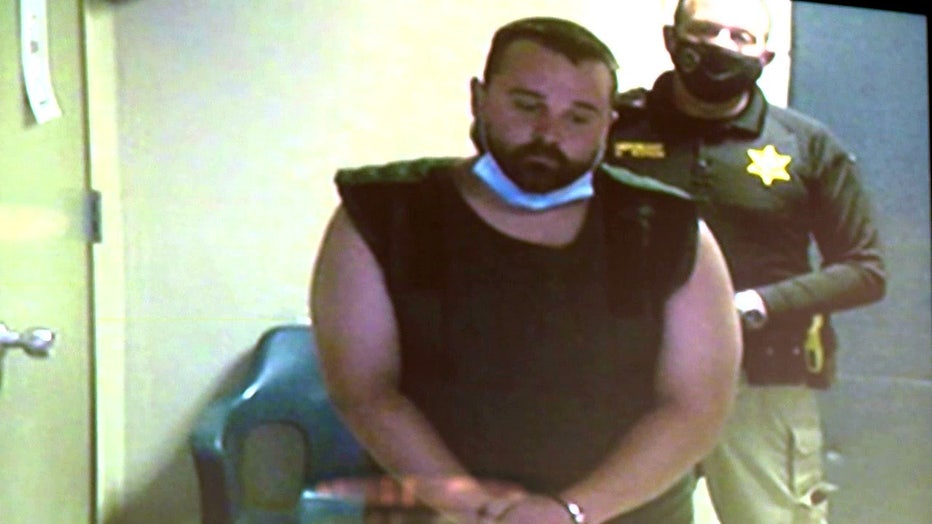 Appearing in court via CCTV, Jared Stanga looked down and shook his head as the judge read charges against him Wednesday.

A judge set bond at $1 million for the attempted kidnapping charge, $500,000 for the aggravated assault charge, and $5,000 for the battery charge.