BRADENTON, Fla. - Behind barbed wire and bars, Victor Woods spends hours each week working with those in the inmate recovery pod.

"Don't let these people down. Don’t let Sheriff Wells down," he said.

He listens, talks and works to uplift those serving time in jail.

"When you get out and somebody tells you, ‘No, I don’t want you here, you’ve got a record. I’m not even interested in seeing your application.’ Remember this day," he said.

Over the last several years, Woods has worked with Sheriff Rick Wells to help those behind bars in Manatee County understand they are strong enough to overcome the obstacles they face.

"We can all talk about it, but when Victor talks they listen," said Wells. 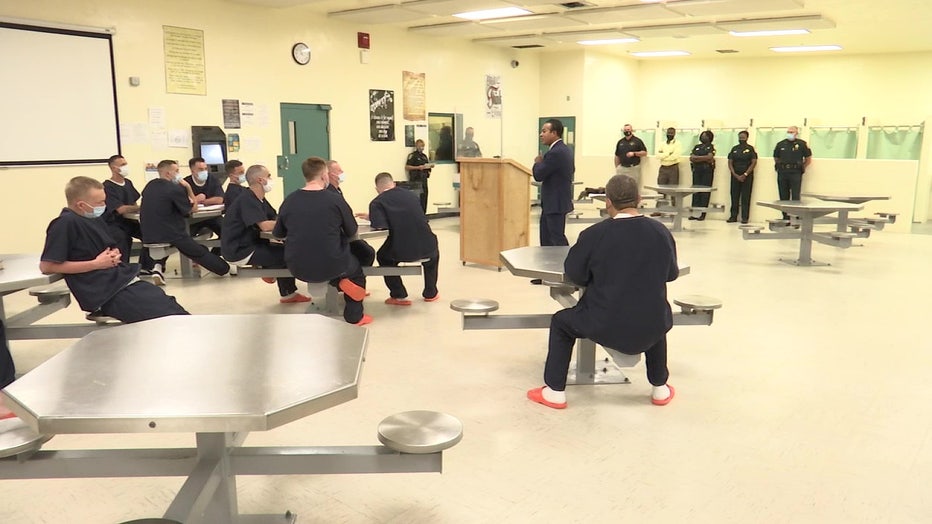 That's because Woods has been in their shoes. As a teenager, he ran away from a stable home. He did two stints in federal prison. He even amassed $40 million worth of counterfeit cards. That was decades ago.

"Victor has been exactly where they’ve been. He was in federal prison, he came out, he did something really awesome to change his life and turn his life around," Sheriff Wells continued.

He's devoted his life to helping those on the other side.

"This is a tough-love course where we look at decisions that we make because nobody feels sorry for you. When you get home, you’ve got to be willing to get out there and work from the bottom to the top," he said. 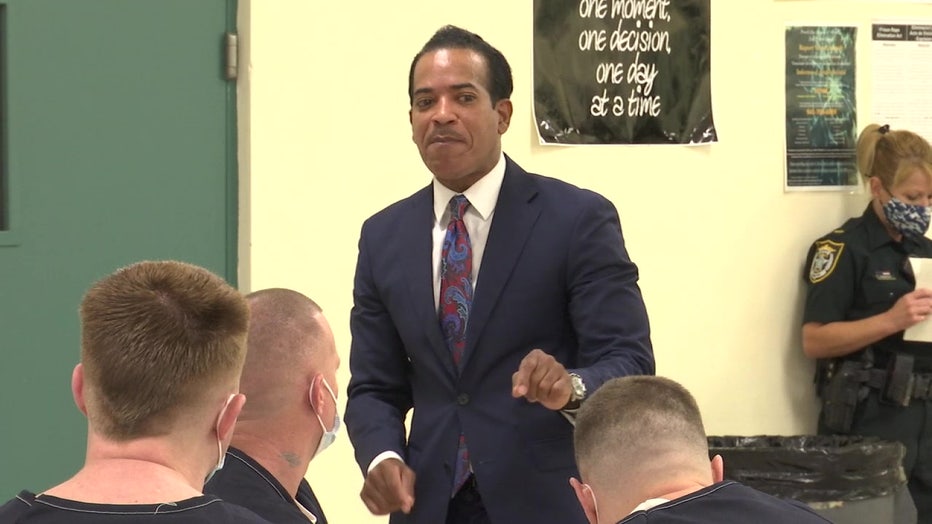 He keeps the message simple and real.

"When he finished with us, we know we can do anything that we want to do," said Joe Robinson.

Woods and Sheriff Wells know they can't reach everyone, but if their message impacts one life, they've done their job.

"When people are down, they need the greatest gift in the world which is encouragement. It doesn't cost a thing to say, ‘I believe in you. I know you can do it.’ Those kinds of words can save people’s lives," said Woods.