TAMPA, Fla. - Monica Roberts says her ex-husband, Darrell Gadson, is a war veteran who came home a broken man. She described him as a ticking time bomb with bouts of delusions and paranoia.

"He’s like, 'They’re here, they are following us. They are at the pool watching us. I don’t know why they want me, you, and the kids,'" Roberts recalled.

Roberts says Gadson knew something was wrong with him and promised to go to the VA for help. But the help never came, and one day his PSTD got the better of him.

Prosecutors say in January of 2017, Gadson, without motive or provocation, shot and killed his cousin, who was sitting in his mother's Thonotosassa living room.

Gadson was arrested and charged with second-degree murder.

At his sentencing, Roberts said, while married to him, she was haunted by a looming fear.

"He was just so bizarre and I worry because I knew he wasn’t healthy, I knew he wasn’t well, and I’m worried that I will come home and find he either killed himself [or] killed us," sobbed Roberts. 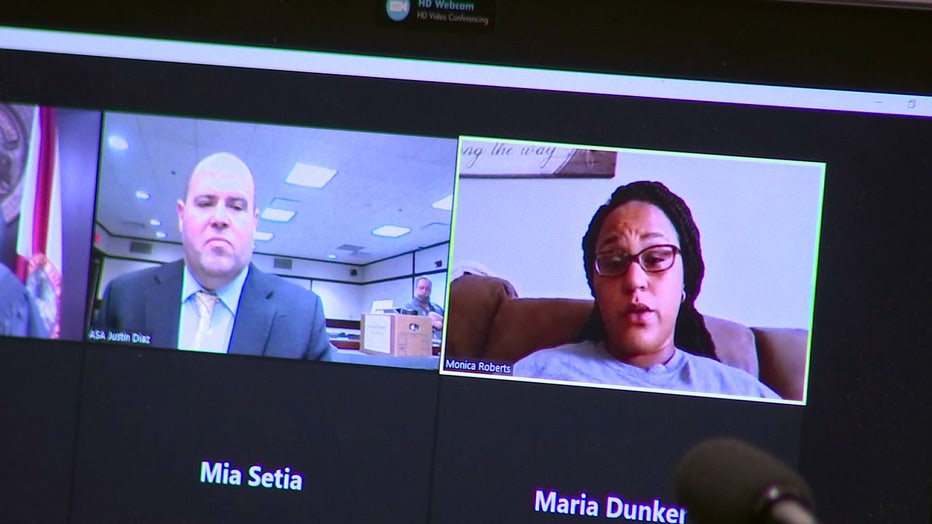 But prosecutor Justin Diaz reminded the court that Gadson had an opportunity to use the insanity defense and possibly get the help he needed, but he refused to. Diaz said his time for treatment had come and gone.

"In that respect, I’m going to ask that you send him to prison for life," argued Diaz.

However, Hillsborough Circuit Judge Christopher Sabella told Gadson his hands were tied and must follow the sentencing guidelines -- a 25-year prison sentence.

"Your family grieves the death of your cousin. It’s a horrible thing that happened, " offered Sabella.

Following his prison term, Gadson will have to get a mental health evaluation and continue with supervised treatment.