ST. PETE BEACH, Fla. - Wildlife experts are asking for the public’s help to spot and stop an invasive plant that is threatening Florida’s beaches.

Beach Vitex was planted decades ago in North and South Carolina as a sand dune protector following a major hurricane – though, instead of preventing beach erosion it sucked and stole water from other plants.

“We want to catch this as soon as possible we want to prevent it from entering the state,” Dr. Lierance said. 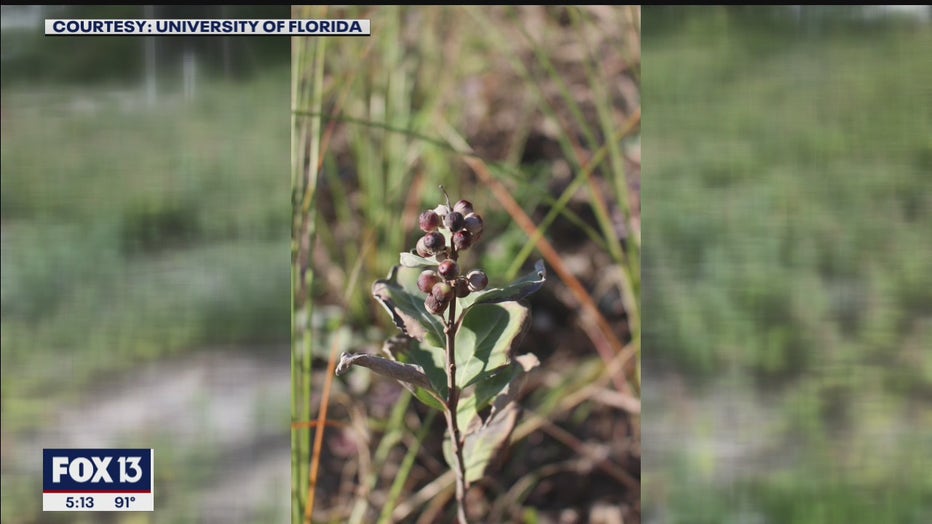 Beach Vitex has been spotted in Jacksonville, Pensacola and throughout the Panhandle. It spreads fast and scientists and wildlife experts want people to know how to recognize the plant so they can nip it in the bud.

“It is identifiable by its flowers the fruit is like a dark blue is black,” she said.

People who see this plant are asked not to move it but to take a picture and get in touch with their local extension agent.