Maurice Duvermon told FOX 13 the couple was living with him and had moved to Tampa earlier this year to help Peck's father battle cancer.

Officers were called to a home near the intersection of North Fremont Avenue and West Walnut Street at around 7:15 a.m., where neighbors reported hearing gunshots.

A man was found dead outside the home and a woman was rushed to the hospital, where she also passed away.

Family members at the scene identified the victims as Stanley Peck and Tia Pittman.

"He was a good person," said Djala Peck, Stanley's Peck's sister. "Whoever did this, it didn't make no sense to do them like that. They were good people. They didn't deserve what happened to them."

Maurice Duvermon told FOX 13 the couple was living with him and had moved to Tampa earlier this year to help Peck's father battle cancer.

"They just moved down here. They didn't know nobody but family," Duvermon said.

"They just moved down here when we found out my dad had cancer and then my dad just passed away from cancer in June and they just decided to stay down here to get their life together down here," said Djala Peck.

Duvermon said Stanley Peck let him borrow some money Thursday morning and then dropped him off at work.

"We were talking the whole way. I get to work and this is what happened," he said. 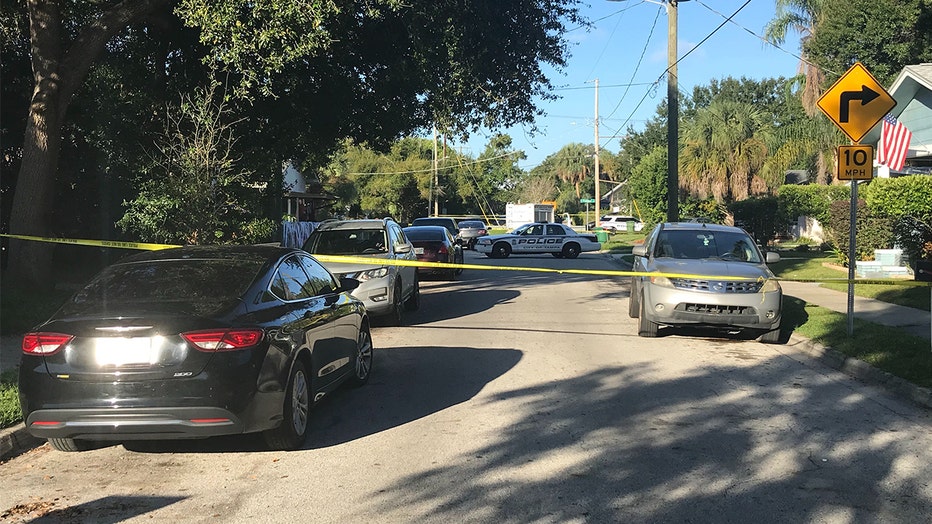 Detectives could be seen dusting a vehicle for fingerprints outside the home. They also conducted a search inside the house.

As of late Thursday, a motive was unclear.

"We don't know the answer of why anyone would by shooting at them, whether they were the intended targets or anything like that. We're still investigating all that," said Steve Hegarty, a police department spokesperson.

Family members say two young children were in the home, including a newborn. It's unclear who is currently caring for the kids.