A firefighter was also taken to the hospital Thursday afternoon after a house exploded in Manatee County, according to the Cedar Hammock Fire Control District.

BRADENTON, Fla. - A Bradenton family is now homeless after a massive explosion Thursday destroyed their home.

A father, mother, and their 23-year-old son were still hospitalized Friday, according to their daughter, who is now working with legal experts to try and figure out what caused the blast.

Karina Lopez told FOX 13 News her brother, 23-year-old Adrian Lopez Jr. was in the intensive care unit in a coma. Lopez, Jr. and his father, Adrian Lopez Sr. both suffered severe burns over most of their bodies. Her mother, Francisca Lopez, who was standing outside of the home when the blast occurred, was also still in the hospital Friday.

Karina said her family is now homeless and the family who lives next door was also told their home had to be vacated. 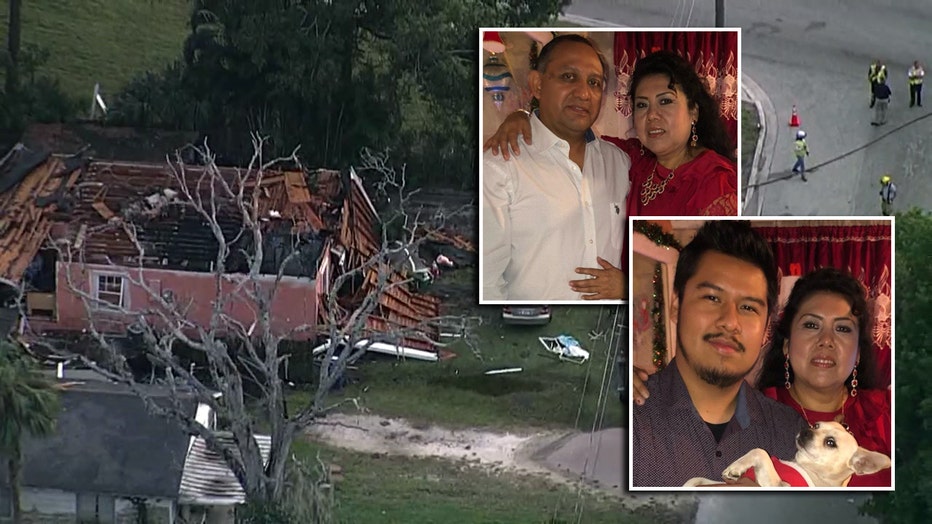 The events leading up to the explosion are still under investigation, but preliminary reports suggest a gas leak could have been involved.

Karina says, at first, her mother, father, and brother smelled the gas.

“But they were told it was nothing to worry about, and that it was going to be gone in a few hours or so. They didn’t tell them to evacuate or anything,” Karina said.

According to the Cedar Hammock Fire Control District, a gas leak was reported in the area of 2900 9th Street W Thursday morning. That’s about 500 feet from the Lopez home.

By that afternoon, crews with Peoples Gas, the sister company to Tampa Electric Company, were working with firefighters to stop a natural gas leak.

Some homes in the area were evacuated, but at around 2 p.m., an explosion blasted the roof off of the Lopez family’s home at 804 29th Ave. W, just two blocks from where crews were working. 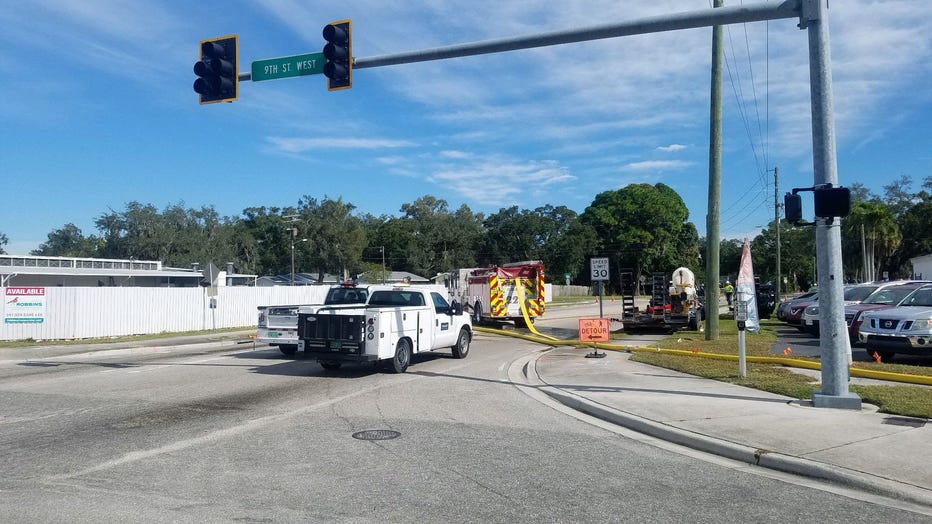 “They were outside at first, and I guess my brother and my dad went inside, and it exploded within seconds,” Karina said. “My brother, they say he has third-degree burns on his arms, so they said he will have to take off his skin and put new skin on him.”

The family’s lawyer says his firm will be conducting its own investigation.

“We’re going to find out what happened, and why it happened. I can tell you what we believe to have happened, but it’s not fact until we know exactly what happened,” Czaia said. 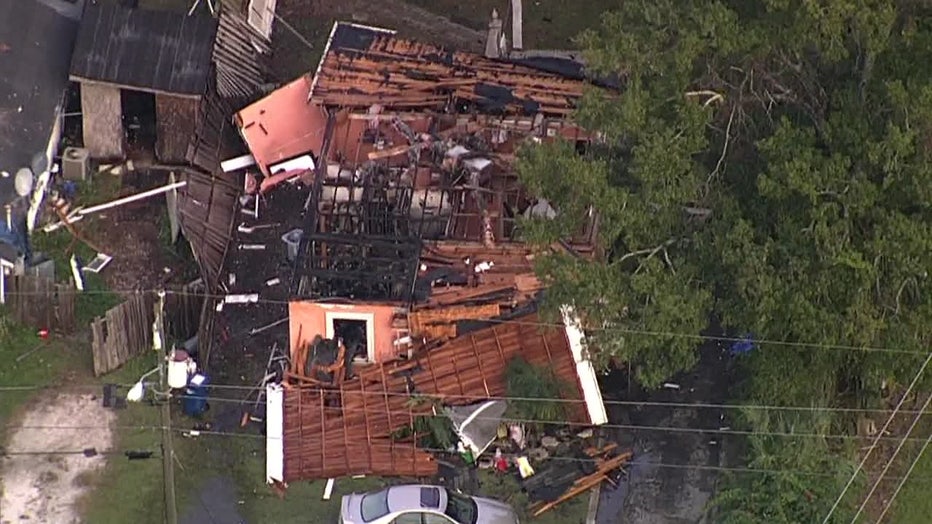 The family and neighbors said residents across the street from the Lopez’s home were evacuated, but they were not.

A sign on their neighbor’s door says their home is unsafe for occupancy, as well.

“They put a sign there that says we’re no longer, that it’s unsafe to stay with all of the damage that’s been done,” neighbor Marciano Gill said. “So we just took the little bit of money we have left from savings. We’re just trying to get everything together and find a place where we can settle down to re-start our lives.”

Peoples Gas worked closely with the fire department to respond to the reports of the smell of natural gas near an excavation site mid-day yesterday.

While crews and representatives from the fire department were working in the area to locate the source of the natural gas odor and make the excavation area safe, the explosion occurred at a residence.

The incident is under investigation and we are cooperating with local fire department officials, who are leading the investigation.

Editor's note: This story has been updated to reflect the role of People's Gas, not TECO, in this event.