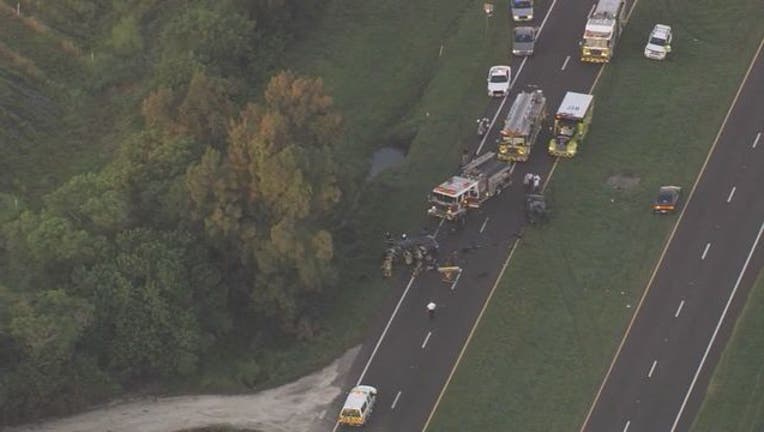 Northbound lanes were closed between Leisey Road and Apollo Beach Boulevard for at least two hours. Florida Highway Patrol reported a 21-year-old driver, Tiffany Ramnarine, of Riverview, was driving southbound on U.S. 41 on the inside lane. According to a media release, "for unknown reasons" Ramnarine drove into the grassy median and into the oncoming northbound traffic. Her vehicle then collided with the front of a northbound car driven by 42-year-old Jason Lick who had a five-year-old as his passenger.

Ramnarine died at the scene. Lick had serious injuries and the child had minor injuries, according to FHP.