TAMPA, Fla. - State transportation officials are pumping the brakes a bit on plans to improve a major traffic gridlock area in Tampa: the Interstate 275-Westshore interchange. The project will still happen, but it has been postponed by two years.

The $1.4 billion plan was announced last year, calling for additional lanes to the interchange helping to connect the Howard Frankland Bridge and Courtney Campbell Causeway to the Veterans Expressway and Tampa International Airport.

The plan is designed to ease traffic flow and improve safety around the I-275 and State Road 60 interchange, a common bottleneck for drivers heading between downtown Tampa and Pinellas County.

Due to the dip in daily commuting – as a result of the pandemic – the Florida Department of Transportation has seen a decrease in revenue, generated from gas taxes, tolls, and other transportation fees. The figures for the upcoming fiscal year aren’t as high as officials expected. 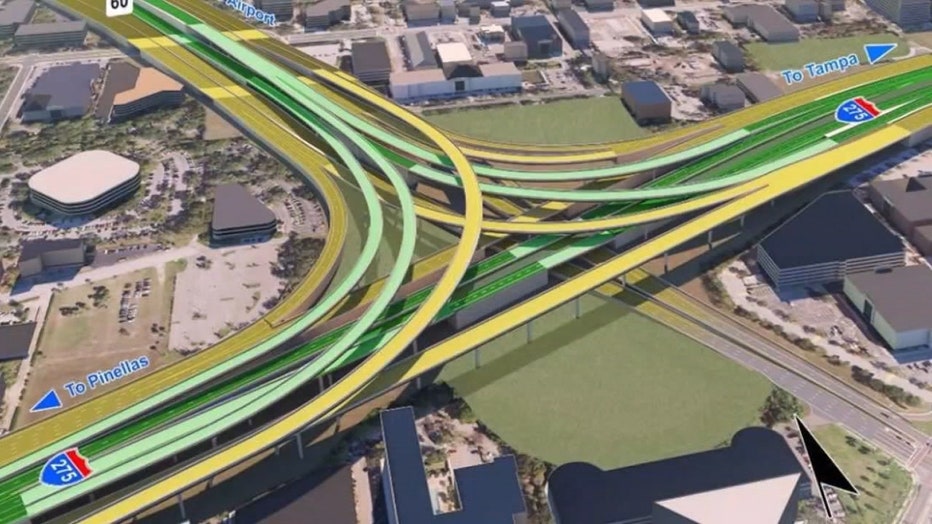 Therefore, transportation officials said the decrease in money led to tough decisions. One of those was delaying the Westshore exchange project.

"I will say, the good news is, it’s still in our five-year plan," said Kristen Carson, an FDOT spokesperson. "It did not get shifted out of our five-year plan but it is shifting by two years from 2024 to 2026."

In August, state officials met for a revenue-estimating conference and projected a drop in revenue for the next nine years – and FDOT currently has $14 billion in outstanding obligations.