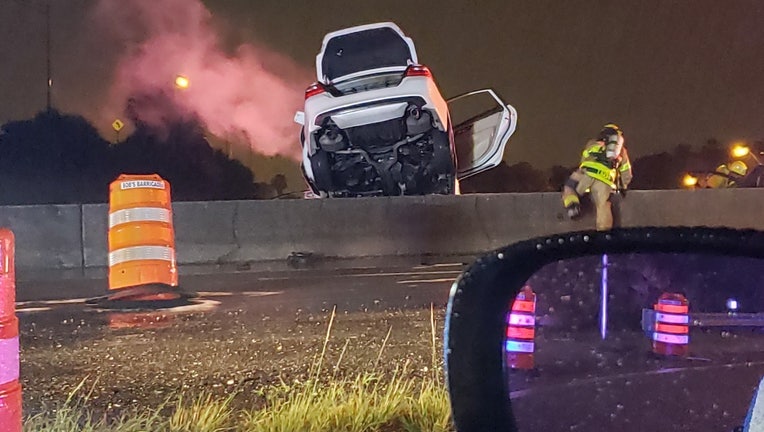 The driver of the third vehicle came to a controlled stop in the outside lane of southbound I-275.

Both drivers that collided head-on were killed at the scene.