WESLEY CHAPEL, Fla. - Daija Z’Nae Washington-Alston, 24, of Seffner, and Trakeria Nicole Nicholson, 25, of Tampa, were arrested Friday following a vehicle chase in Wesley Chapel, according to the Florida Highway Patrol.

An FHP trooper responding to a report of a reckless driver traveling on I-75 near SR-54, which had reportedly collided with a tractor-trailer earlier, spotted the vehicle in question, a 2008 Infiniti sedan vehicle, shortly before 9 p.m. in a parking lot outside Ulta and tried to conduct a traffic stop, but the vehicle fled.

The trooper pursued the Infiniti, which entered Wesley Chapel Boulevard, ran a red light at SR-56 and was struck by another vehicle. Post-impact, the Infiniti began traveling westbound in the eastbound lanes of SR-56 with the trooper traveling parallel in the correct direction. According to FHP, the suspect’s vehicle made a U-turn and shortly afterward, the trooper did a pit maneuver and ended the pursuit.

Both women inside the Infiniti were arrested and found in possession of stolen perfumes from an earlier theft in Marion County. 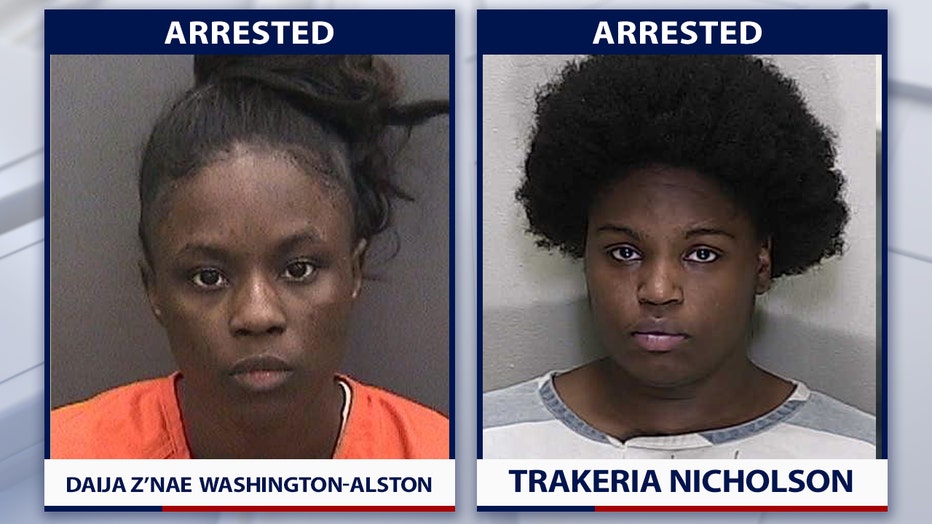 Washington-Alston was charged with aggravated fleeing and eluding, reckless driving involving property damage, driving while license suspended and violation of probation for possession of a controlled substance and taken to the Pasco County Jail.

Nicholson was returned to the Ocala Police Department due to her involvement in the earlier theft, according to FHP.