Search for suspect in shooting on Howard Frankland Bridge

TAMPA, Fla. - Two people on a motorcycle were hospitalized following a shooting that took place early Tuesday morning on the Howard Frankland Bridge.

According to the Florida Highway Patrol, the shooting occurred around 12:30 a.m. in the northbound lanes. Investigators said a 40-year-old man and 47-year-old woman, both of Clearwater, were traveling on a 2005 Harley Davidson motorcycle.

Then, troopers said, they were shot by at least one occupant in a passing black sedan.

The motorcyclists were both taken to a nearby hospital with gunshot wounds. The woman was shot in the arm and the leg; the man, who was operating the motorcycle, was grazed by a bullet. 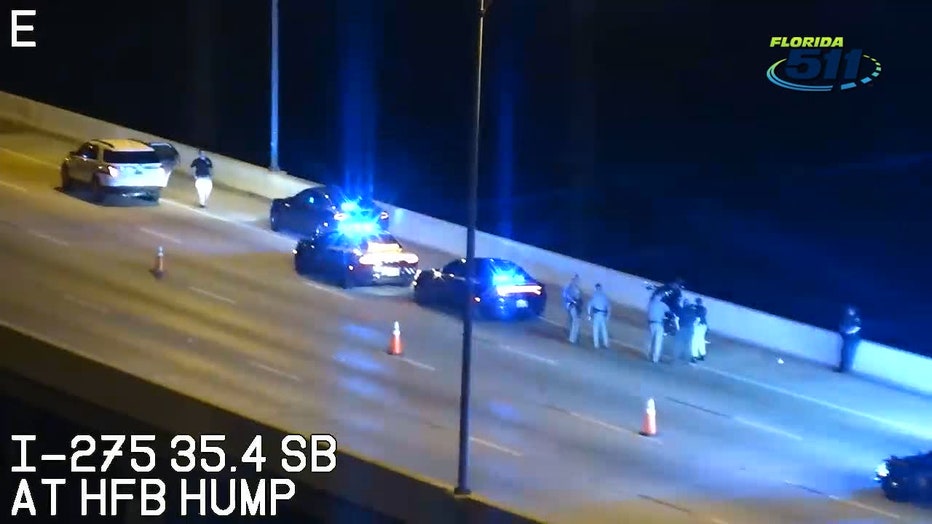 The injuries were described as non-life-threatening.

Troopers say they do not have a suspect or more detailed vehicle description, and they have not said if they think the shooting was random or targeted.