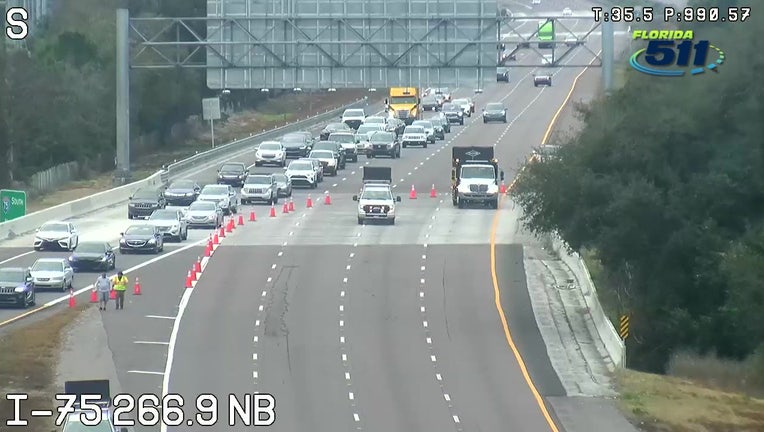 TAMPA, Fla. - A 23-year-old man from Tampa died Saturday morning after walking into the path of a vehicle on I-75, according to the Florida Highway Patrol.

It happened shortly after 7 a.m. in the northbound lanes of I-75 at Bruce B Downs Blvd.

Troopers say they don’t know why the man walked in front of the car. The pedestrian died at the scene. The driver, a 51-year-old man from Marco Island, was not injured.

The interstate reopened around 10:30 a.m.