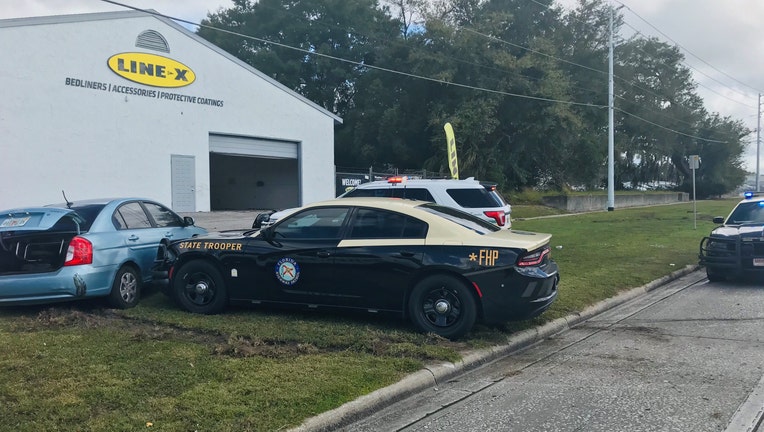 LAKELAND, Fla. - A chase across Polk County came to an end Thursday morning with a PIT maneuver by Florida Highway Patrol troopers.

FHP said 28-year-old Raul Mata, of Seffner, led them on a chase after troopers tried to pull him over in a stolen vehicle.

Troopers spotted him on Interstate 4 near U.S. Highway 27. Instead of pulling over, they say Mata took off eastbound in a stolen 2010 Hyundai Accent. He took the Champions Gate Boulevard, reversed course, and headed westbound on I-4, FHP said.

Troopers said they tried a rolling roadblock, but Mata tried to drive into the cruisers.

The pursuit continued until Mata got off at State Road 33 and crashed into another vehicle at the intersection of Memorial Boulevard. 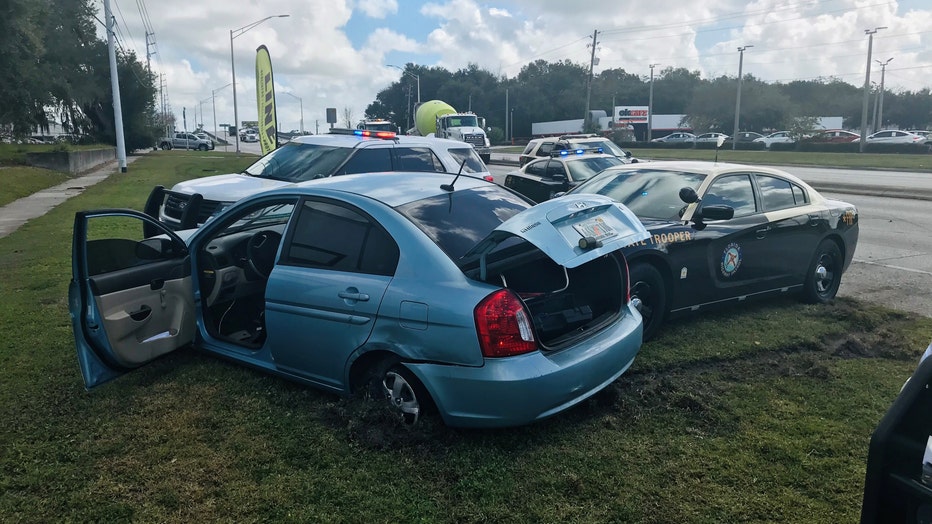 After impact, Mata fled the scene but troopers performed a PIT maneuver near Marion Avenue and stopped him.

Mata was arrested and charged with aggravated fleeing and eluding, aggravated assault of a law enforcement officer, leaving the scene of a crash with property damage, grand theft of a motor vehicle, reckless driving, and driving without a license.